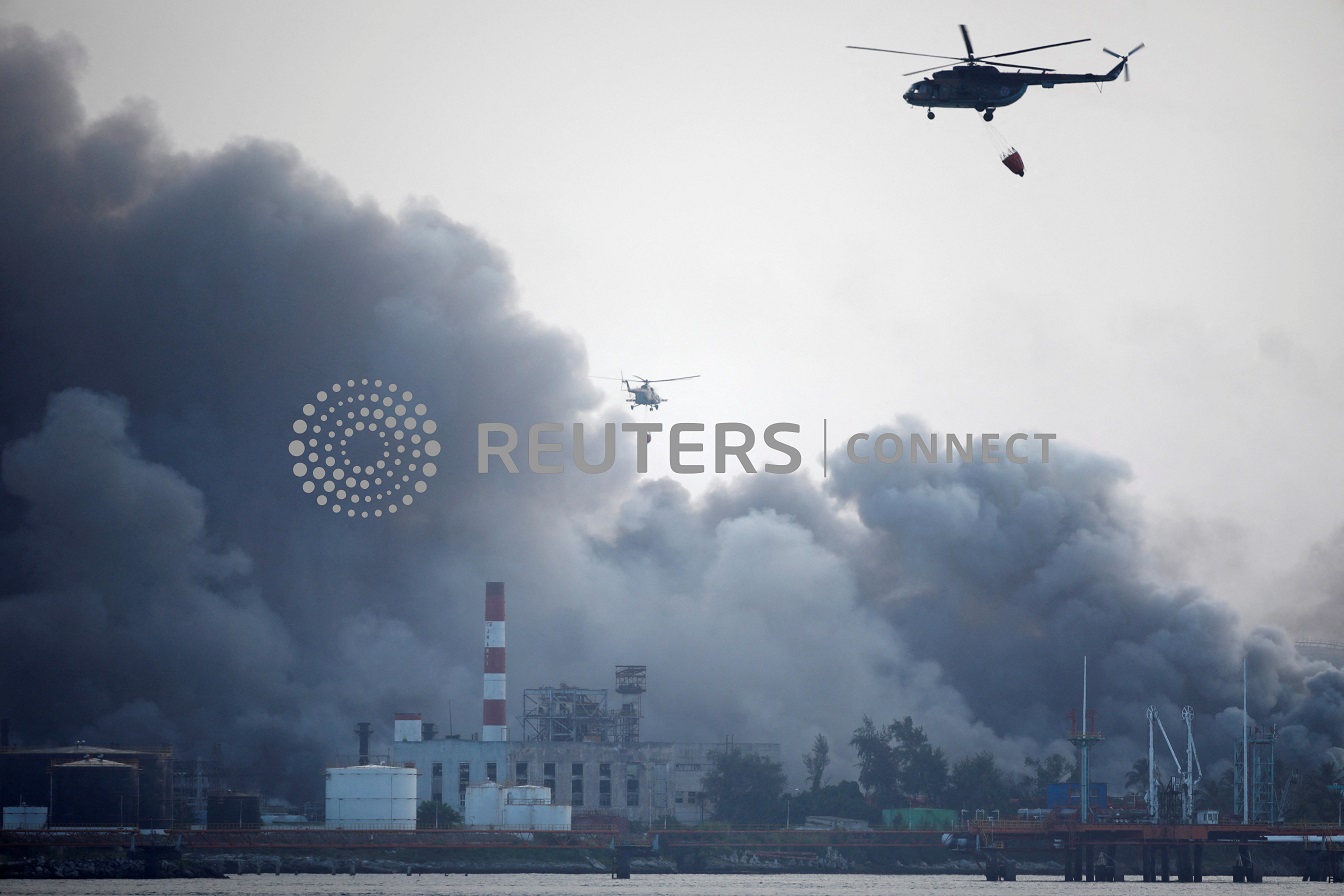 By Nelson Acosta and Marc Frank

HAVANA (Reuters) – Cubans awoke to massive blackouts Tuesday morning with 40% of the country’s main fuel storage facility destroyed by what officials said was the worst fire in its history.

Reuters witnesses reported the raging flames that ravaged a four-tank segment of the Matanzas super tanker port since Friday had died down and the towering plumes of thick black smoke still streaming from the area appeared tinted gray.

Matanzas is Cuba’s largest port for receiving crude oil and fuel imports. Cuban heavy crude, as well as fuel oil and diesel stored in Matanzas, are mainly used to generate electricity on the island.

The Communist-run country, under heavy U.S. sanctions, is all but bankrupt. Frequent blackouts and shortages of gasoline and other commodities already had created a tense situation with scattered local protests following last summer’s historic unrest in July.

Lightning struck one fuel storage tank Friday evening. The fire spread to a second by Sunday and engulfed the four-tank area Monday, accompanied by huge explosions and despite efforts by local firefighters supported by more than 100 Mexican and Venezuelan reinforcements.

Officials have not said how much fuel has been lost in the fire which destroyed all four tanks. Authorities stated that no oil had contaminated the nearby Matanzas Bay. Still they warned residents as far away as Havana to wear face masks and avoid acid rain due to the massive plume of smoke the fire generated.

One firefighter died and 14 went missing on Saturday when the second tank blew up, authorities said on Tuesday, correcting an earlier figure of 16 missing.

Mario Sabines, governor of the Matanzas province, about 60 miles (130 km) from Havana, quipped the flames spread like an “Olympic torch” from one tank to the next, turning each into a “caldron”.

On Tuesday morning more helicopters joined the effort to put out the fire, along with a fireboat sent by Mexico.

Daniel Chavez, deputy chief of the forces trying to douse the flames, told local media “we see a change in smoke color … It seems to be a different day and we are taking advantage of the morning when the sun is not so strong because it is a factor that has an impact”.