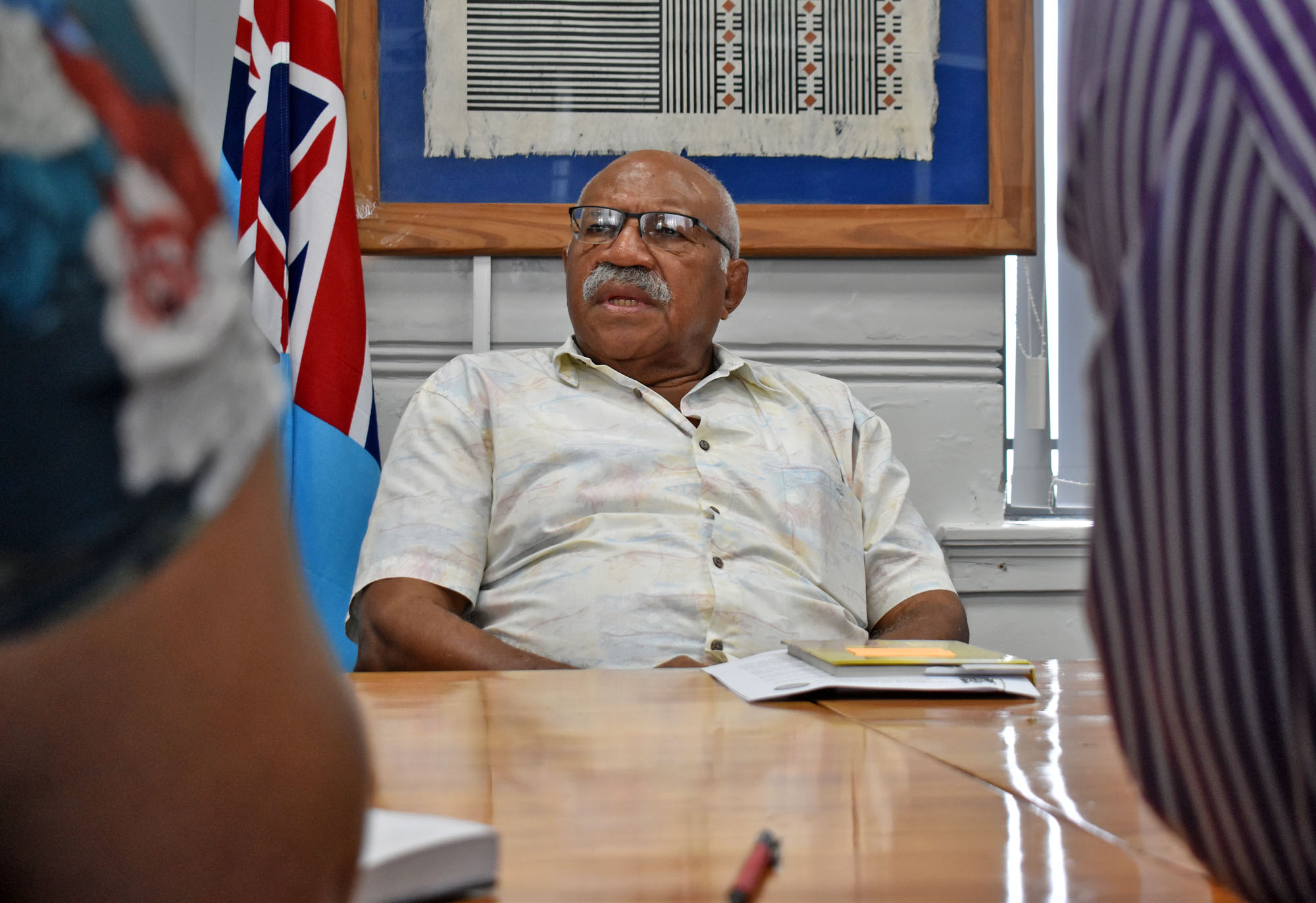 Oppsition leader and former Prime Minister Sitiveni Rabuka during an interview with The Fiji Times in his office at the Parliament complex in Suva on Monday, May 20, 2019. Picture: JONACANI LALAKOBAU

Signed by the Marama Bale Na Roko Tui Dreketi, Ro Teimumu Kepa and the Tui Cakau, Ratu Naiqama Lalabalavu, the 15-page petition, Mr Rabuka said, was aimed at drawing the attention of the UN SG to the provisions of the United Nations Declaration on the Rights of Indigenous People and the ILO Convention 169 on the Rights of Native People.

Mr Rabuka confirmed he was asked by the two paramount chiefs in Opposition to present the petition to Mr Guterres.

Mr Rabuka said while it was a proud moment for him, it was also humbling “when I realised that to stand there, with the cry of a nation in my hands and to be able to hand it personally to the Secretary General of the UN on behalf of all native Fijians from those who settled here first, those of us living today and our future generations, our cry for our rights to be respected and honoured by the seven billion people where only 500,000 of us live”.

The petition highlighted that indigenous people of Fiji wanted their group rights restored.

The two chief also revealed in the petition that they have tried their best in the previous years to inform the international community of the continuing breached by authorities allegedly abusing indigenous rights.

“It is our sincere and humble prayer to your Excellency if you can be so kind enough to direct the Fiji Government to recognise and to fully restore our indigenous Group Rights by restoring all legislation and policies that had protected us since the Deed of Cession of 1874, and to abolish the laws decreed since 2006…,” the petition highlighted.

Meanwhile, Mr Rabuka said he believed his encounter with Mr Guterres was “allowed by God”.

“It was allowed by God ad I was not allowed a dedicated time nor were the chief of the itaukei people given time to meet with His Excellency the UNSG during his short sojourn into our part of the world,” he said.