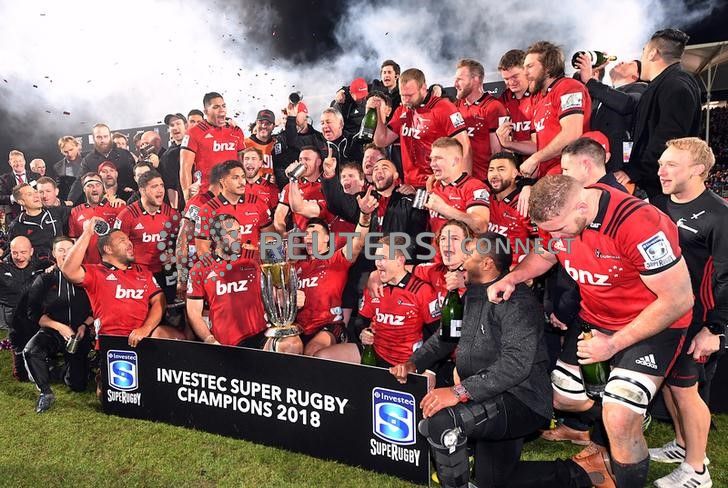 WELLINGTON (Reuters) – The Canterbury Crusaders on Monday denied allegations on social media that some of the team’s players had exhibited homophobic behaviour during an altercation at a fast food restaurant in Cape Town over the weekend.

The players were accused of “physically intimidating behaviour … making homophobic slurs and adopting high pitched voices” in a post by a local Twitter user.

The reigning Super Rugby champion Crusaders played out a 19-19 draw with local side, the Stormers, at Newlands on Saturday.

“The three players, team management and the South African-based security advisor with them, strongly refute the socialised account of what happened,” the Crusaders said in a statement on Monday.

“They are devastated by the allegation and the implication of homophobic behaviour.”

“That is what makes these allegations particularly distressing,” he said.

Mansbridge said he would meet with the team management and players on their return to Christchurch.

“However, I am confident in the account that we have received from the team and the security advisor who was present,” he said.

On Friday, Rugby Australia terminated the playing contract of former Australia fullback Israel Folau, a fundamentalist Christian, for posting on social media that hell awaited “drunks, homosexuals, adulterers” and others.