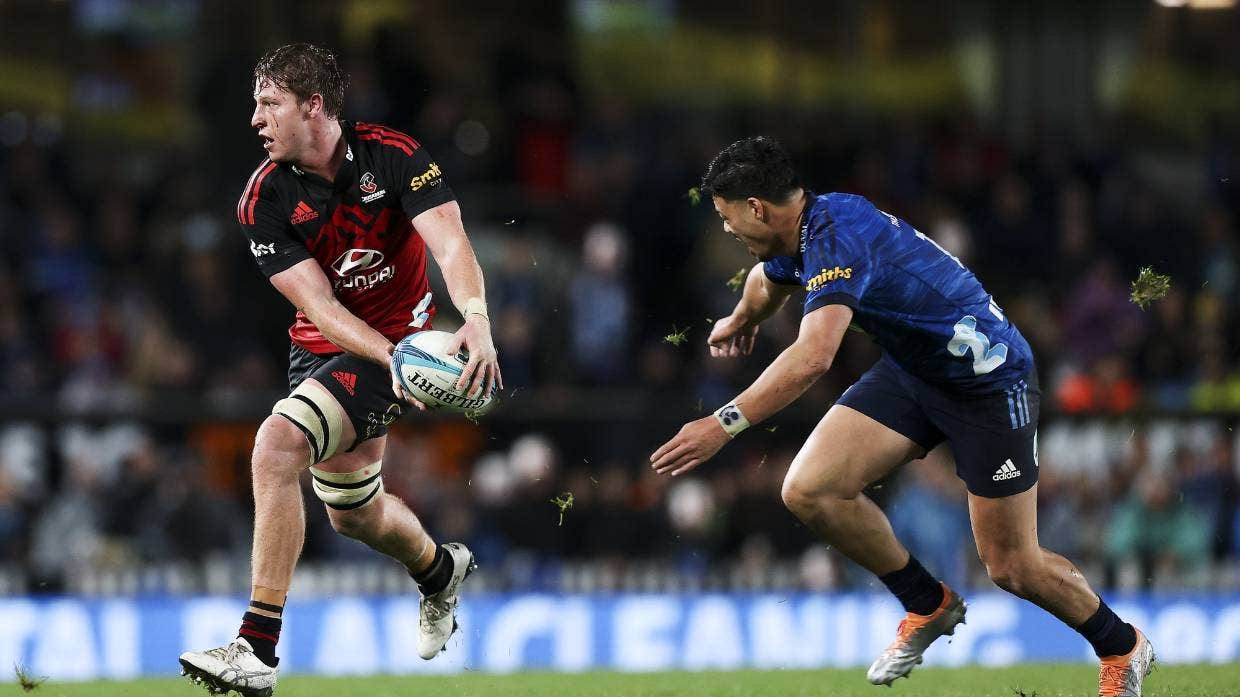 Cullen Grace was superb for the Crusaders in their run to the Super Rugby Pacific title. Picture: STUFF SPORTS.

Crusaders star Cullen Grace has earned a maiden call-up to the Māori All Blacks, joining the squad for next week’s first match against Ireland.

The powerful, skilful No 8 played a huge part in his side’s run to the Super Rugby Pacific title, logging the second-most minutes for the red and blacks, then put in standout performances in the playoffs.

The 22-year-old was also credited by veteran Sam Whitelock with being much of the brains behind the Crusaders’ stunning lineout assault on the Blues in last Saturday’s 21-7 win in the decider at Eden Park.

Having been the youngest player to be named in a New Zealand Super Rugby squad in 2020, Grace earned an All Blacks call-up later that year, then made his international debut against the Wallabies in Brisbane.

That remains his only test cap, though, having been troubled by a series of niggles during last year’s Super season and missing out on All Blacks selection, before then also being ruled out of the NPC with a shoulder injury suffered pre-season with Canterbury.

After again missing selection in Ian Foster’s first squad of this year, named the Monday before the Super Rugby Pacific final, he has now linked up with the Māori crew in Hamilton, ahead of next Wednesday’s clash against the Irish at FMG Stadium Waikato (7.05pm kickoff).
Along with Grace, Blues halfback Sam Nock and Highlanders 2022 debutant Max Hicks have also been whistled up to Clayton McMillan’s group, with Tasman lock Hicks, like Grace, also uncapped for the Māori.

“It’s great to have three quality additions to the wider squad,” McMillan said.

“These guys will give us a more flexibility to prepare and put up our best performance against the top tier team Ireland are over the coming weeks.”

The sides will also face off at Sky Stadium in Wellington on July 12 (7.05pm kickoff).