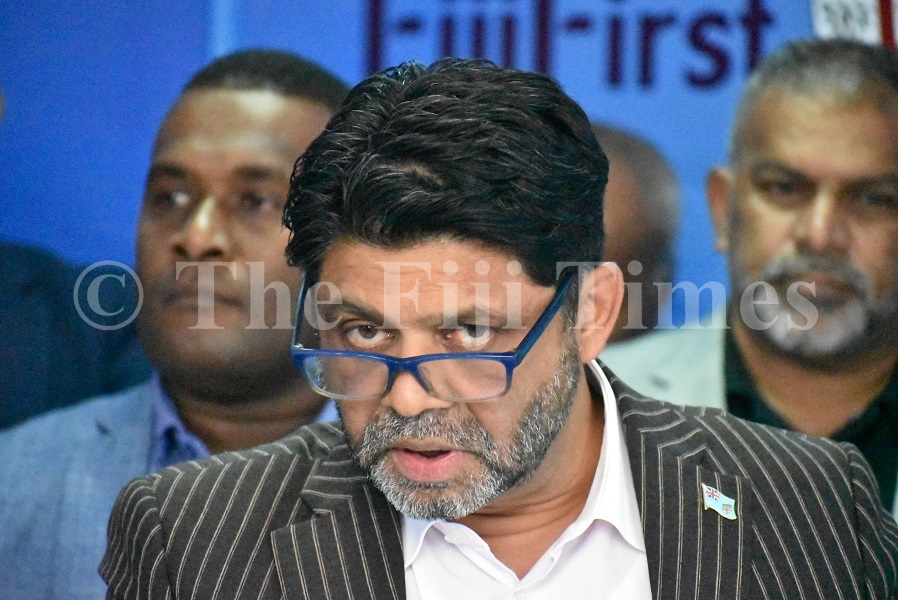 FijiFirst party general secretary Aiyaz Sayed-Khaiyum says it appears the coalition Government does not want any form of criticism.

“When you are in government or politics, you must expect that,” he said. “We were critised left, right and centre.

“The former PM, our leader Josaia Voreqe Bainimarama and I were called ‘dictators’.

“A two-men show and what did we do, we just took it and said well we are not, proved it and they made all sorts of comment about us but we took it in stride.”

Mr Sayed-Khaiyum, who is no longer a member of Parliament, was labelled “irrelevant” by the public and a few government entities after his press conference last Sunday.

“These are very childish comments really when you think about it.

“The other day some minister, I can’t remember his name, said to the former minister for environment ‘I’m putting you on notice’.

“What is this putting you on notice, the former minister for environment made some observations.

“He may have criticised what they did — accept it, move along and they can challenge what they say because that’s what democracy is all about.”

He said that the coalition Government needed to “relax and chill out a bit more”.