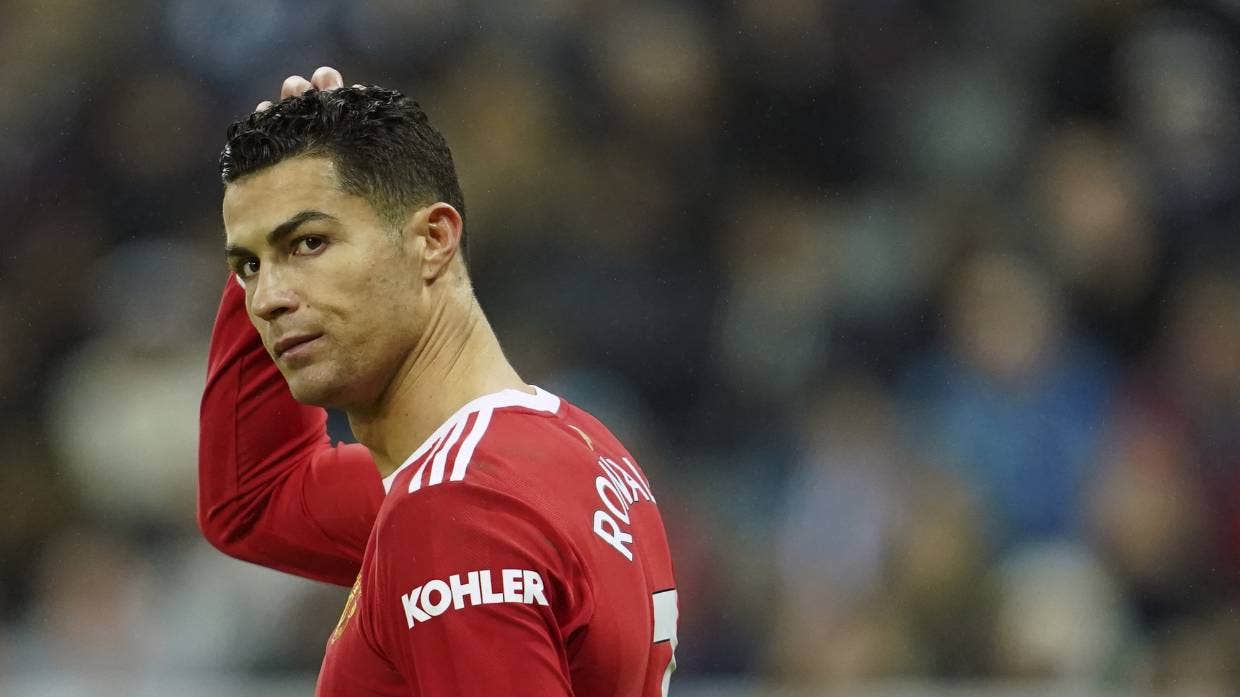 Cristiano Ronaldo has warned Manchester United’s “nightmare” season will continue unless the players address their attitude problem. The Portuguese forward believes it will be “impossible” to compete if there is not a drastic change in mindset and hinted that some of the younger players needed to respond better to criticism or advice.

Ronaldo has been left alarmed by the drop in standards at Old Trafford that has seen the club slump to seventh this season and facing a desperate battle to finish in the top four after six defeats in their last 14 Premier League outings.

Ralf Rangnick’s task in the wake of Ole Gunnar Solskjaer’s sacking in November has not been helped by unrest in the camp, with morale and confidence both on the floor, and the interim manager’s struggles to get the players to buy into his methods.

But Ronaldo – who returned to United in the summer from Juventus – insists tactics and systems are less of an issue than the mentality and that players need to look carefully at themselves and pull together if the club is to drag itself out of a hole.

“Since he [Rangnick] arrived, I think in some ways we are better, but he needs time, it’s not that easy to change the mentality of players, the way they play, the system and the culture like that,” said Ronaldo, who hopes to be fit to face Aston Villa on Saturday (Sunday NZT) after missing Monday’s (Tuesday NZT) FA Cup win against Steve Gerrard’s side with a muscle problem.

“So I believe he’s going to do a good job.

“[It’s] impossible [without the right mentality]. I think that’s the main point. I always speak with my friends … and they all speak about the system.

“The system is useful, but not if the mentality is not there in the pitch. This is why I say we have a long way to improve because, for me, the most important thing is for you to look at yourself and say ‘I can do better. I can help the team much more.’

“The system – yes, it’s important, details make the huge difference at the end of the day but, for me, the most important thing is the mentality – for you to be strong, to help the team, the right mentality, self-taught positives.

“I think all these details depend on you – not the coaches, the fans, the press, it depends on you. If you are proud of yourself and you have some dignity, you have to do it much more.

“We have to have the right mentality. I look to myself and I say ‘Cristiano, what can you do better to improve your level to help the team?’ Yes, I can improve other things, maybe to sprint for 90 minutes, if something happens to help your team-mate if they are suffering or are tired. The small details during the game – to be smart, to be intelligent. For me, this is why they call this team Manchester ‘United’. So we have to be united in the difficult moments.”

Ronaldo – who revealed that he could carry on playing until he is 42 – complained in an interview before United’s 5-0 mauling by Liverpool in October that some of the younger generation of players want things too easily.

There have been reports of tensions with Mason Greenwood, United’s 20-year-old striker, and Ronaldo believes younger players will continue to find things difficult if they fail to heed the advice given to them.

“The mature players, the older players, they can always help the young players,” he told broadcasters this week. “If I give you advice, even if you are younger than me, if you don’t implant that during your daily life, it will be difficult.

“I can speak all day with that person, but if it’s not coming from inside of you, it’s impossible. I remember, when I was 18, 19, 20, some older players spoke with me, but I put that as ‘Cristiano, you have to improve – they know more than you, they are more experienced than you, they passed through many bad moments’.

“But other people, they don’t accept that, if you criticise them. I don’t say this in relation to our players, but in general. I have kids, I know. Sometimes when you’re a little bit harder, they do the opposite, so you have to find the right balance to speak with them.

“But, in my opinion, the main point is that it should come from inside of you. You should be proud of yourself and look in the mirror and say ‘Listen, I give everything’. I think all of us should do that, because it’s a new year, we change the page, we have many things to win and we have to believe in that. If not, it will be a nightmare.

“The individual is the most important thing. We are here to help and if they need my help, and my support and my advice, I will be the No 1 to help. But if you don’t want my help, do your job, look for yourself, and do your best to help the team.”

Asked what would constitute success this season, Ronaldo said: “To win one title, to go through in the Champions League and be at least – right now the way we are – to be in the top four.”

Despite his exasperations at United’s form and problems, Ronaldo says he and his family are settled in Manchester and suggested he could play until he was 42. “I’m in a moment of my life that I’m settled,” he said. “For me, it’s another step in my career. It’s good. Family is happy, kids are happy, I’m happy, and I want to carry on like that.

“Genetically I feel like I’m … not going to say 25 because I’d be exaggerating. But around 30 years old. I take great care of my body and my mind.

“I’m happy, I want to stay here and see what will happen. I want to find out if I’m going to play until I’m 40, 41, or 42, but the most important thing is that my daily goal is to enjoy the moment.”