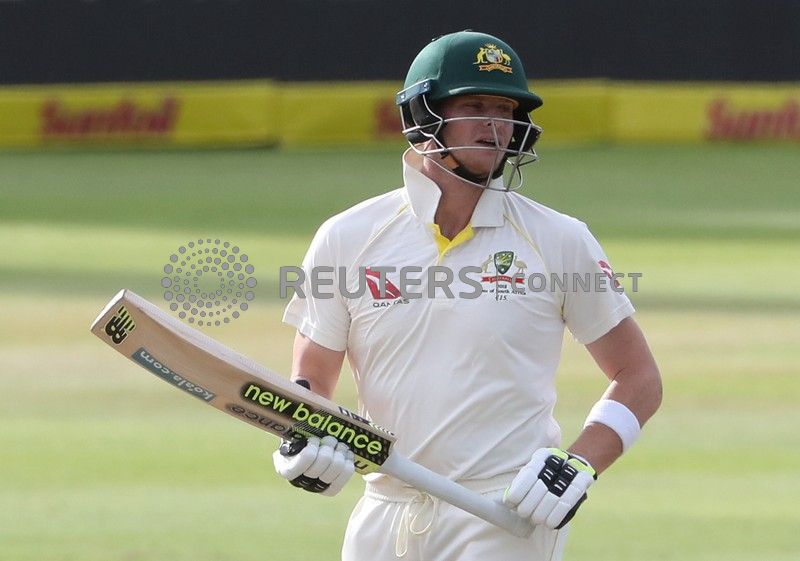 MUMBAI (Reuters) – Steve Smith has laid to rest concerns about his fitness and form ahead of Australia’s Cricket World Cup title defence and said he is two weeks away from completely recovering from the elbow surgery he underwent earlier this year.

The 29-year-old scored a match-winning unbeaten 59 on Saturday, hours after being named the captain of the Rajasthan Royals, replacing Ajinkya Rahane at the helm for the remainder of the 2019 edition of the Indian Premier League.

Smith underwent the operation in January to repair a ligament in his right elbow while he was serving his 12-month international ban for ball tampering that ended last month.

“I still have to play quite heavily strapped, there’s still a few issues with throwing, but I am getting there slowly,” he said after the win against Mumbai Indians.

“I can’t throw full tilt yet, but in a couple of weeks, I should be able to throw at full pace, which is going to be nice.”

Smith, who has been named in Australia’s squad for the May 30-July 14 World Cup, has not been his prolific self with the bat and Saturday’s knock was only his second fifty in this year’s IPL.