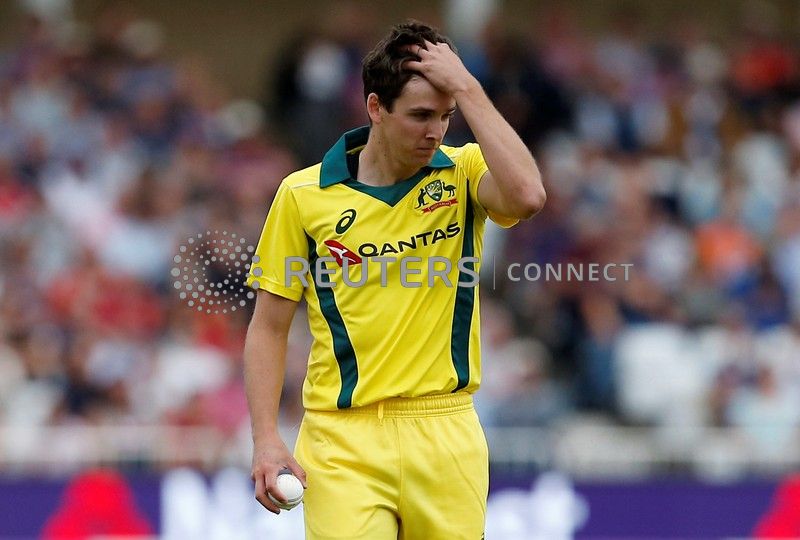 SYDNEY (Reuters) – Australian pace bowler Jhye Richardson has been ruled of his maiden Cricket World Cup by a shoulder injury and was withdrawn from the squad for the tournament in England and Wales on Wednesday.

The 22-year-old, who made his one-day international debut in January last year, will be replaced by namesake Kane Richardson after failing to recover from a shoulder dislocation he suffered playing against Pakistan in March.

“This is obviously very disappointing news for the team and for Jhye, who has been exceptional throughout his rehabilitation process,” team physiotherapist David Beakley said in a Cricket Australia news release.

“After his most recent assessment and attempting to bowl in the nets, it was clear that Jhye was not progressing as fast as required and therefore, in consultation with selectors, we made the decision to withdraw him from the squad.

“Jhye will continue with his rehabilitation and we will look to resume bowling in the coming weeks,” Beakley said.

Kane Richardson, who has taken 29 wickets in 20 ODIs, was already at the pre-World Cup training camp in Brisbane and got the nod over test paceman Josh Hazlewood, who is on the comeback trail after a back injury.

Hazlewood was a key member of the team that won the World Cup in 2015 but will also be vital to Australia’s hopes of winning the Ashes series in England that follows the World Cup.

Australia’s first match in their World Cup title defence is against Afghanistan in Bristol on June 1.