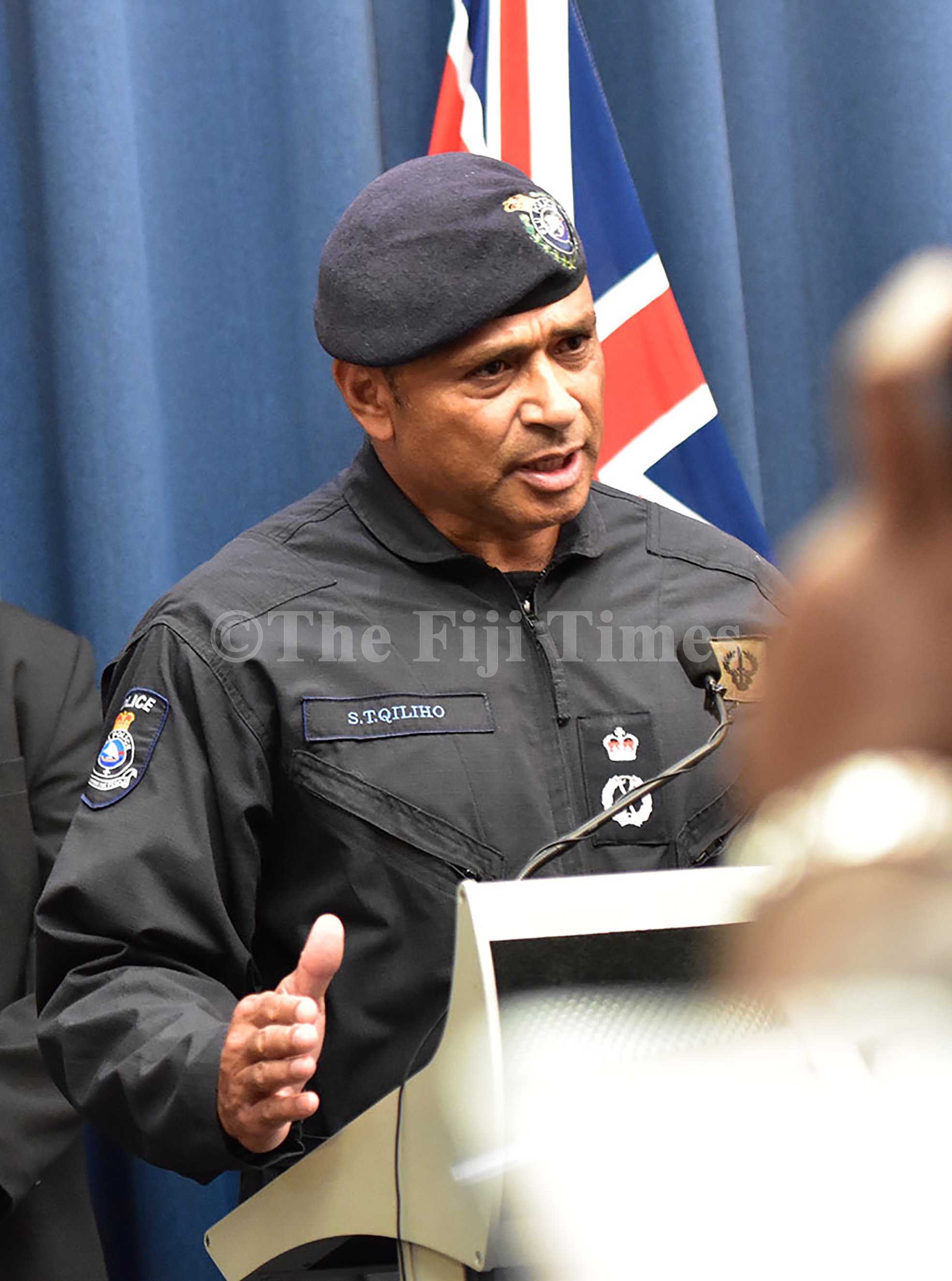 Commissioner of Police Sitiveni Qiliho addresses the the media during the press conference update on COVID 19 in Suva, 21.03.2020. Picture: RAMA

Two foreign nationals were arrested at the Nadi International Airport after it was discovered that they had failed to self-quarantine themselves for the mandatory 14-day period.

The two are another 126 people arrested in the last 24 hours for breaching the nationwide curfew and ban on social gatherings.

Of the 126, 67 were arrested for curfew breaches, 56 for social gatherings, one breaching the lockdown in the Eastern Division and the two foreign nationals.

Nineteen people were arrested for breaching curfew, and 10 for social gathering in the Southern Division.

According to police, the Central Division recorded 11 arrests for breach of curfew.

“The 126 people arrested in the last 24 hours have shown their families and loved ones that they do not care about their lives.”