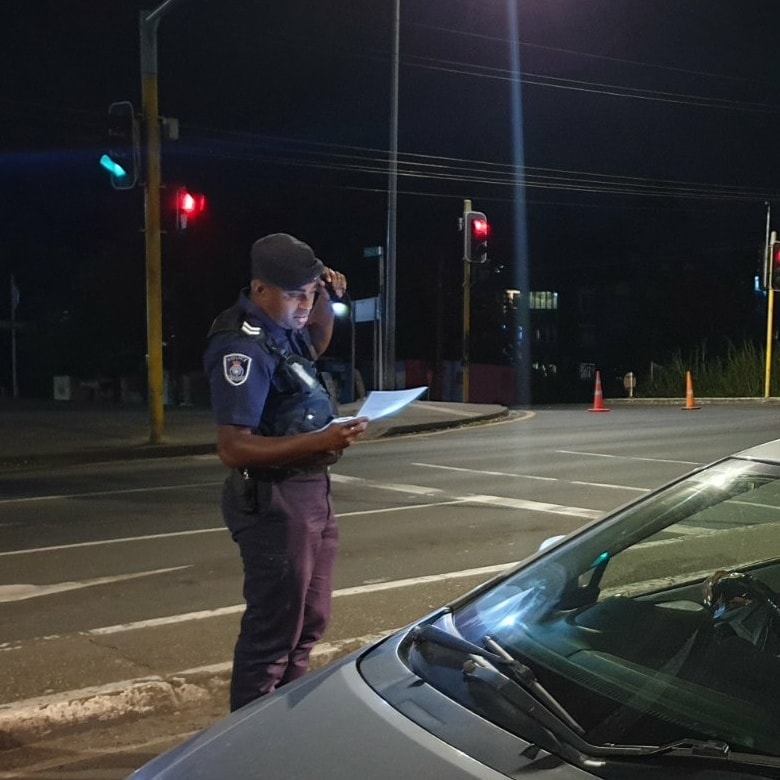 A police officer check out the pass for a vehicle during the curfew hours. Picture: SUPPLIED

A total of 16 arrests were made between 11pm on Wednesday night to 4am Thursday morning.

The Western Division recorded seven cases, six in the Southern Division, and a case each in the Eastern and Northern divisions.

Acting Commissioner of Police Rusiate Tudravu said the arrests recorded in the West were made in Nadi and Lautoka.

He said the arrests made in the Southern Division were recorded in Valelevu and Nabua.

“The arrests made in the Eastern Division were made in Nausori and both men were drunk and walking towards the Nausori Police Station looking for transport,” ACP Tudravu said.

He said four arrests were recorded from 11pm last night to 4am today.