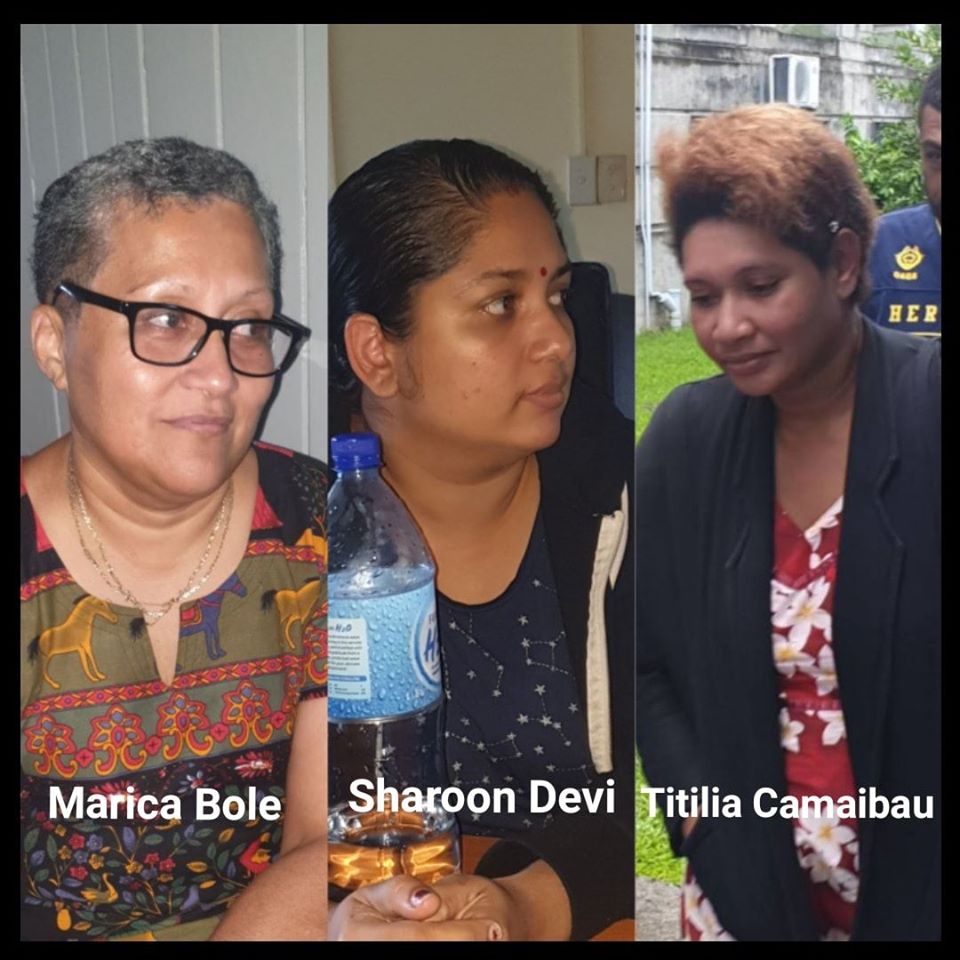 Three women were produced at the Suva Magistrates Court in the last hour charged with allegedly spreading false information on social media in relation to the COVID-19 situation in Fiji.

In the first case, Titilia Camaibau, 36, a cashier of Suva was remanded and sent to St Giles Hospital for psychiatric evaluation.

Her case will be called again next Thursday.

Second accused Sharoon Devi Kumar, 32, a bank officer was also remanded by the court and told to reappear next Thursday as well.

The third accused, a dispatchment officer, Marica Vakauta Bole, 53, was granted bail on strict conditions and would take her plea on June 15.

All three have been charged with one count of Malicious Act Contrary to Section 15 (a) of the Public Order Act of  1969.

All three are alleged to have posted false information on social media in relation to the COVID-19 situation that created panic and fear among members of the general public.