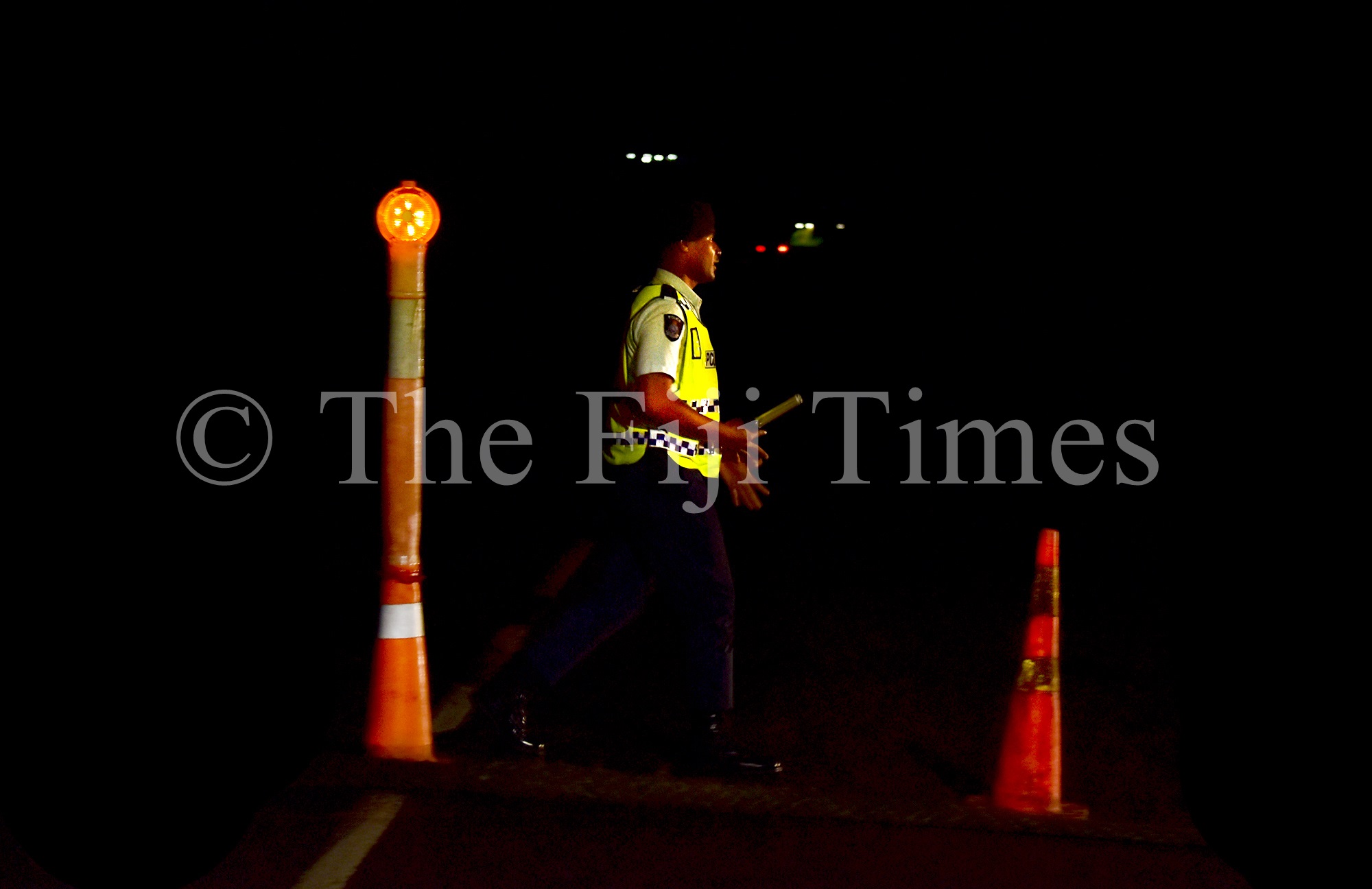 A police officer at the Vitogo check point in Lautoka. Picture: BALJEET SINGH/FILE

Police arrested 35 people between the hours of 10pm last night to 5am this morning for breaching COVID-19 curfew restrictions.

“In Votualevu in the Western Division a 23-year-old man from Waiyavi, Lautoka was arrested for breaching curfew hours and also faces an additional charge of serious assault after he allegedly attacked a Police officer with an empty bottle,” Brig-Gen Qiliho said.

“The officer sustained minor injuries and has been treated and sent home,” he said.

“In the Southern Division, officers from the Raiwaqa Police Station while attending to a a report of excessive noise arrested two women who were found walking along Leys Road in Raiwai last night.

“Similar arrests made in the Southern Division involving those found walking around during curfew hours were made along Fletcher Road, Nailuva Road, Jittu Estate, Rewa Street, Narara Street, Navua Town, Caubati and Nadera.”