COVID-19: The view from a Timorese Village 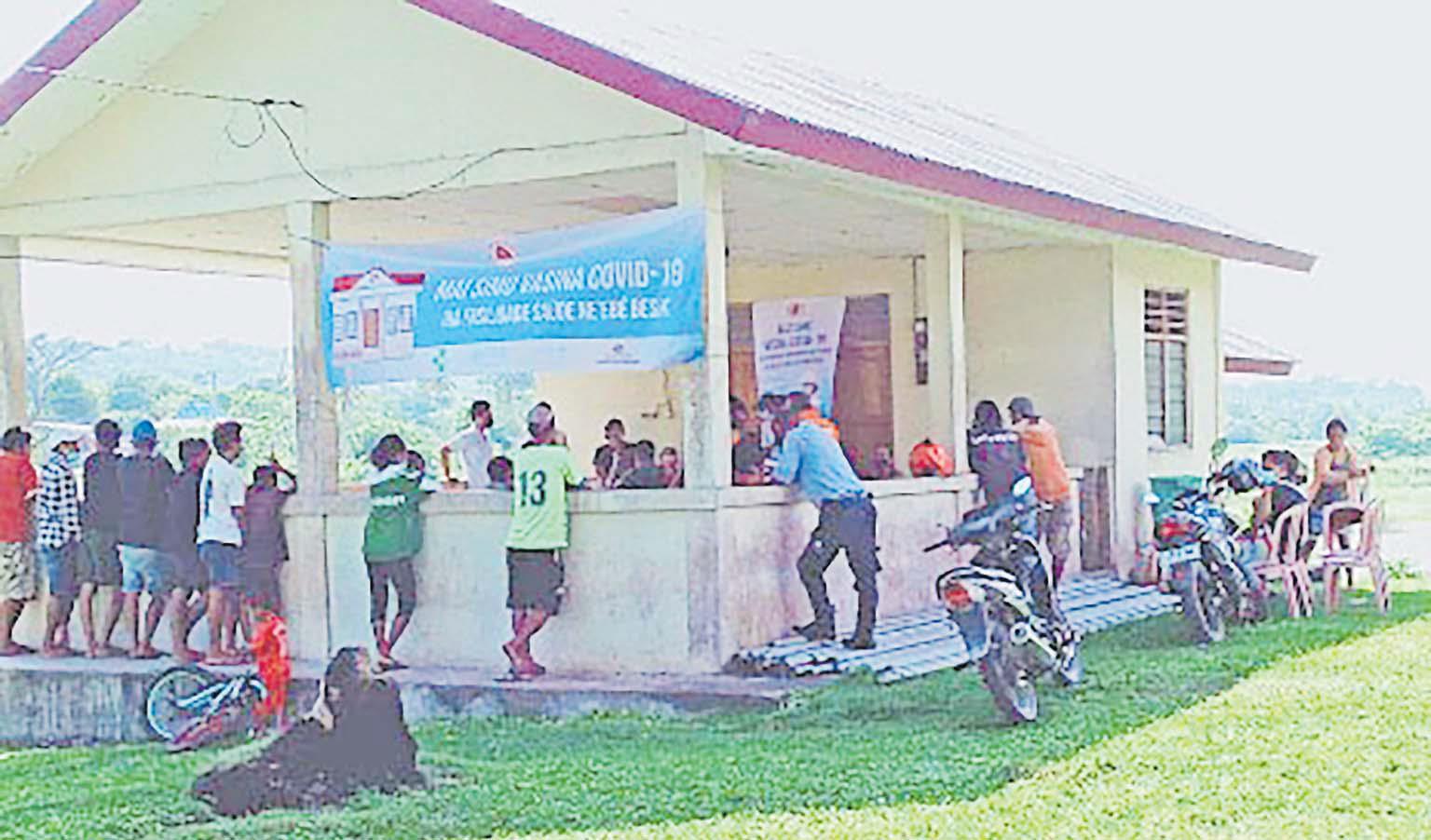 The hamlet (aldeia) of Poros is a settlement of some 800 people on the edge of Nino Konis Santana National Park and Lake Ira Laloro in Timor-Leste.

Historically an isolated community of subsistence gardners and foragers, today many of its young people work abroad — at present, around 30 are in UK, Korea and Australia.

I (Akito Ximenes) was born in Poros. This March, after years in Dili studying and working for The Asia Foundation, I returned home. My contract was up, my widowed mother missed me, and it was a tough time to be in the city. Just as I left, COVID-19 was beginning to spread.

My position here is interesting. Like many of my generation, I understand science,  and strongly support the government’s efforts to control COVID-19. At the same time, I know that most in my community make sense of the world using a primarily spiritual rather than a scientific framework — a framework that is alien to policy-makers in the cities. Though they are development subjects, their perspective is not an easy one for makers of development policy to access.

There are many aspects of life in Poros that I will write about over the next year as a way of starting to address this, but in this article I will focus on how my fellow villagers understand health in general, and COVID-19 in particular.

In Poros, as in most Timor-Leste’s villages, many people see sickness as being caused by spirits. This shapes how they engage with public health initiatives, including those related to the pandemic. Here, if someone becomes ill, it is often thought to be because they have offended their ancestors. There is a government clinic in Aldeia, but many believe the treatments it provides are superficial at best, and actively harmful at worst.

Asking the spirits for help, and/or using trusted home remedies, remains a preference for most.

When COVID-19 first appeared in Timor in March 2020, people were worried and confused. We could see it was spreading in ‘the big lands’ (mua lafai) like the UK and Australia, and worried about our relatives.

While people in Dili got their information from social media, Poros, with poor network coverage and an older population, remained relatively isolated.

The villagers responded to this crisis, as they had two other calamities, by holding  a ceremony called mu’ufuka totole to seek the guidance of the ancestors. The people of Poros gathered while a medium, descended from one of its original clans (ratu), called the ancestors by their names while holding a banana leaf. First he tilted its tip to the sky, then to the ground, then he kissed its base and said: Wake up! Protect your sisters, children, grandchildren, cousins, uncles and friends who live in Poros, in Dili, and in the big countries. Help them stay away from sickness, from Corona. Chase illness away, until they return to see the graves of their grandfathers. Forgive them for not visiting. They have been away in the big lands to work and improve their living
conditions.

After this he sliced a thin layer off the stem of the banana leaf so that it fell onto a mat made of palm leaves (cenu petu).

The medium could tell, by the way it landed, whether or not the ancestors had accepted his words. In this case, they did.

After this, we killed a pig. The money for the animals was raised collectively, including from people working abroad.

Such sacrifi ces have two purposes. First, we can look at its liver for signs about the future. Second, the meat is cooked for a meal which is shared with the dead to ensure they are happy and don’t feel forgotten.

The living eat from leaves, while food for the dead is placed on a small altar (matar tei). The portents the medium read in the liver indicated that things were going to be OK.

Of course, the government sees things a bit differently. Soon after the pandemic began, a car from the Ministry of Health drove around with a loudspeaker asking people to observe precautions like handwashing and mask-wearing. Later, a community meeting was held. One man, lia nain (spiritual leader), got up and said he felt the protection of the ancestors made all these precautions unnecessary. His view reflected that of the community in general, and although people were worried about this confusing new threat, for the most part, the routines of rural life continued as they had before.

As far as I know, no one from Poros has had COVID-19. The reasons depend on who you ask.

Attitudes to clinical health care, and other forms of modern medicine, are not simple in Poros. I understand how effective modern medicine can be, but when I recently got a severe foot infection, I chose to stay home rather than go to the clinic. It just felt right. My mother used leaves to make a medicine called cipileku asa, which can dry infected wounds, and later applied a solution made from coconut oil and ground-up paracetamol.

When a cousin crashed his motorbike and sustained severe facial injuries, he ended up in hospital, but his family called a “wise woman” (nawarana) to pray for him while he was there. And when vaccinations started happening in Poros, although many thought we were already protected from COVID-19, people lined up to get jabbed. Whatever their beliefs, when it came time to face the needle, they were willing to do their bit for the national struggle against the disease, not to mention their own aspirations to once again be freely able to visit relatives in Dili.

People in Poros do what they feel they must — and the health policy needs to accommodate this. Most believe strongly that illness is caused by spirits, and have always lived lives that revolve around communal, semi-subsistence gardening.

As a result, throughout COVID-19, many have trusted more in prayers than masks, and gone about their days more or less than usual. The vaccination program was different. Unlike social distancing, it caused little disruption. Though some were uneasy, they could see it was a tangible step towards easing the crisis affecting their relatives in Dili and the ‘big countries’.

From adat (custom) to wage-earning abroad, East Timorese today have many ways of being in the world, but when it comes to a national emergency, the slogan Timor idadeit (Timor is united) is still one that matters.

This is the first article in a series on

#Timor-Leste labour sending impacts. Disclsure: This research was undertaken with support from the Pacific Research Program, funded by the Department of Foreign Affairs and Trade. The views are those of the authors only.