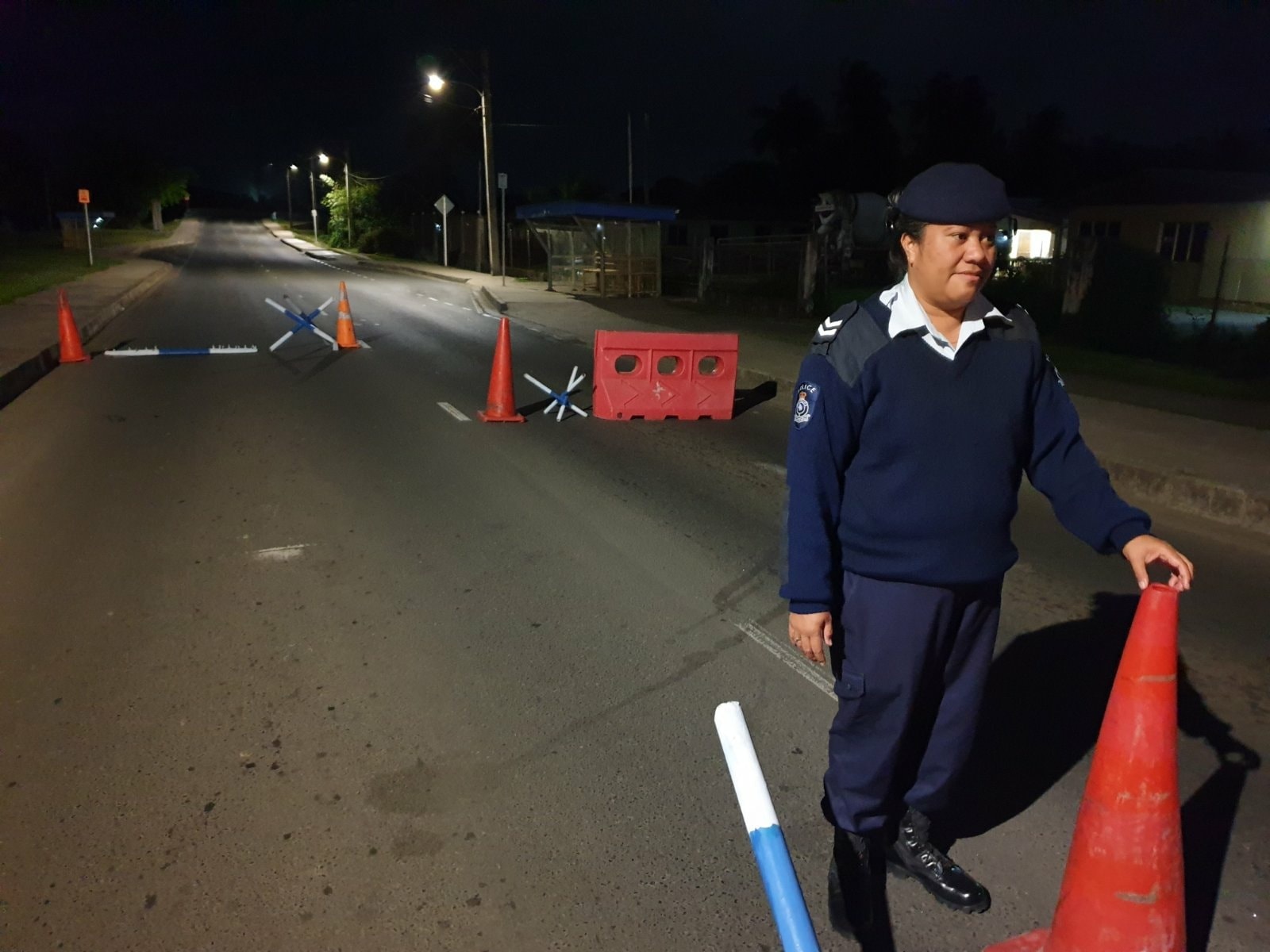 A police officer on guard at a checkpoint during curfew hours. Picture: SUPPLIED/FIJI POLICE

A 16-year-old girl was part of eighteen people who were arrested from 11pm last night to 4am this morning for breaching curfew restrictions.

Acting Commissioner of Police Rusiate Tudravu said the 16-year-old girl was arrested in Cunningham moving around during curfew hours.

“The eight arrests recorded in the Western division were made in Lautoka.

“The arrests made in the Southern division were made in Valelevu, Navua, Lami and Raiwaqa.

“The arrests made in the Northern division involved two men and one woman who were found drunk in Savusavu town.”