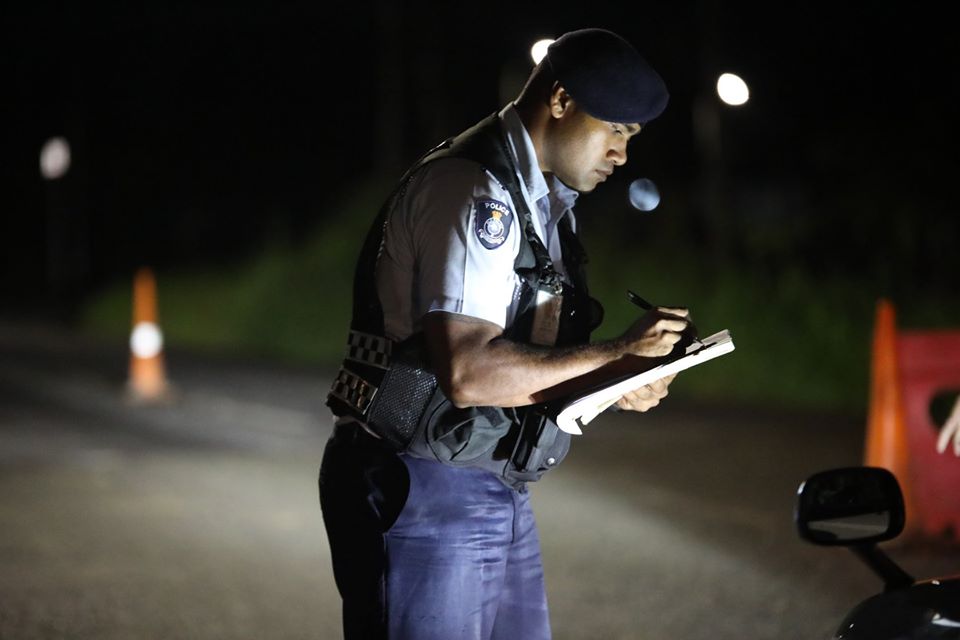 A police officer checks out a vehicle during the curfew hours. Picture: SUPPLIED

Police reported six  arrests that were recorded over the last 24 hours for curfew breaches.

Police Commissioner Brigadier-General Sitiveni Qiliho said in the Southern Division, five cases were recorded for loitering at the Valelevu, Narere, and the Muanikoso area in Nasinu.

He said the lone case in the Central Division involved a 24-year-old man who was found drunk at the Toorak area in Suva.

The Eastern, Western, and Northern Divisions recorded no case.