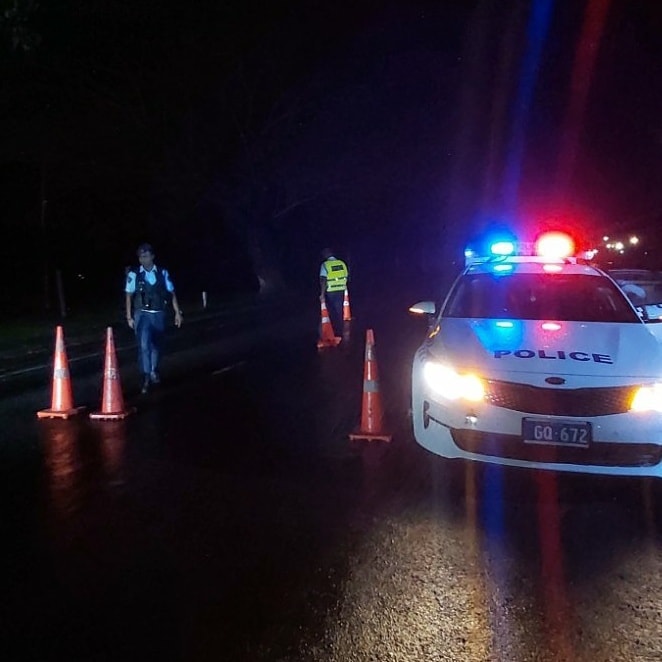 Police officers on guard at a checkpoint during the curfew hours. Picture: SUPPLIED

Eighteen people were arrested for breach of curfew restrictions from 11pm yesterday to 4am this morning.

“Of the seven reports recorded in the Eastern division – six arrests were made in the Nausori area while the seventh arrest was made in Nakasi,” ACP Tudravu said.

“The Northern division’s lone case was made in Labasa involving a military officer who was intoxicated at the time of his arrest,” he said.