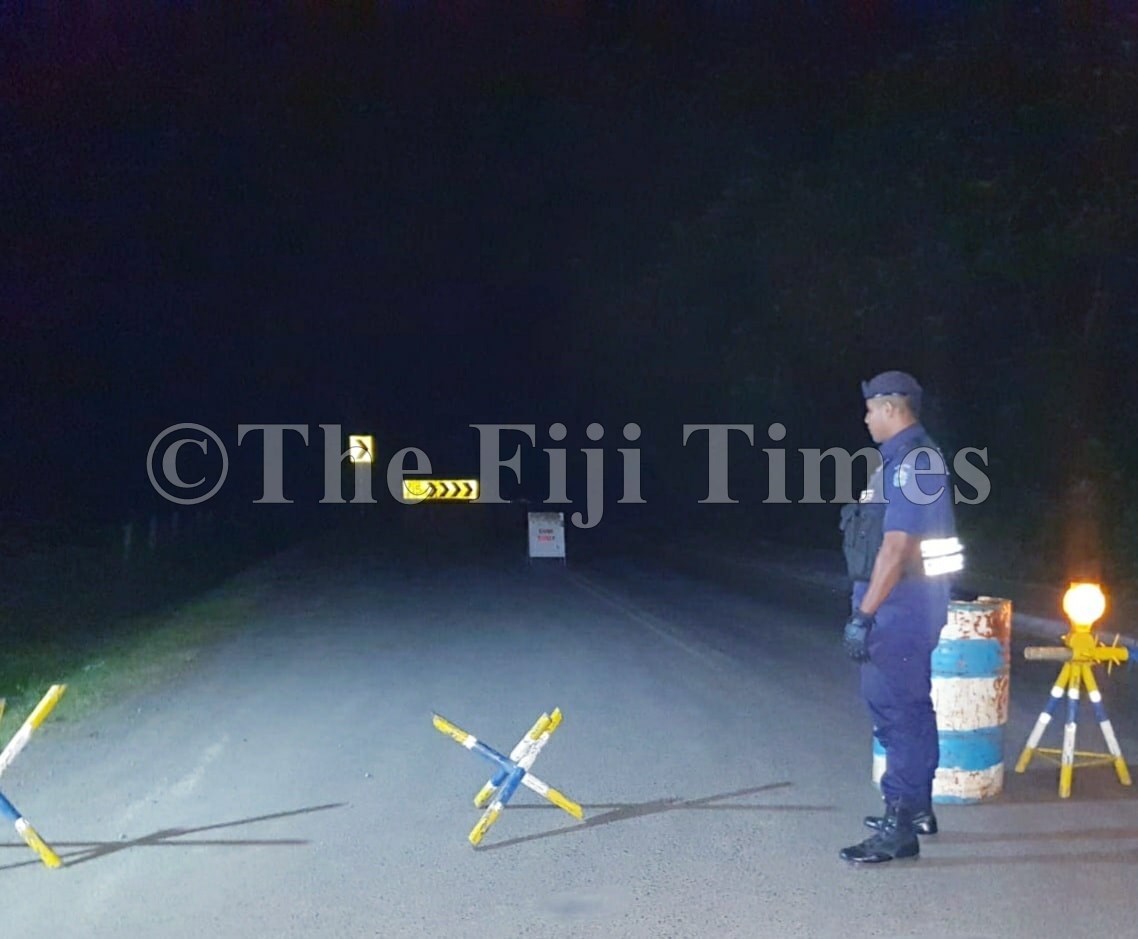 A police officer at a checkpoint during the curfew hours. Picture: SUPPLIED/FIJI POLICE

A total of 10 people were arrested in the last 24 hours for breaching national curfew restrictions.

According to Police Commissioner Brigadier-General Sitiveni Qiliho, the Southern Division recorded five cases where all those arrested were found drunk, including two people who were traveling in a vehicle without any driving license.

“The Eastern Division recorded two cases where both men in their 30s were found while returning from a grog session at the Davuilevu area,” Brig-Gen Qiliho said.

He said the lone case in the Northern Division was a 30 -year-old farmer of Somosomo, Taveuni, who was also found drunk.

“Two men in their 20s were arrested in the Western Division while returning from drinking kava.”

The Central Division recorded no reports.