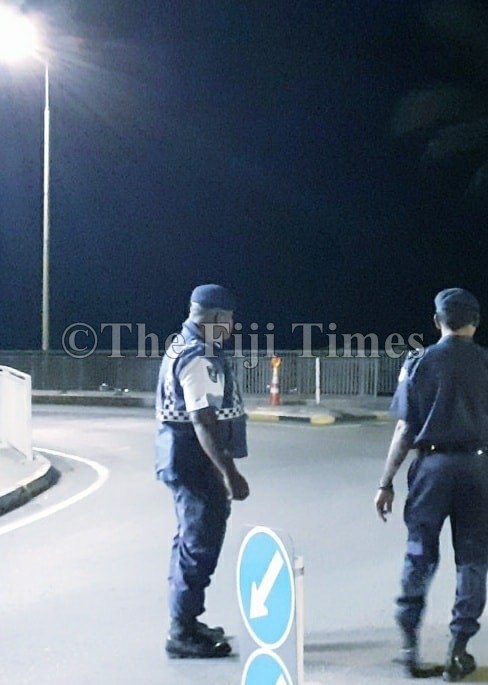 Police officers on patrol at a checkpoint during the curfew hours. Picture: SUPPLIED/FIJI POLICE

Nine arrests were recorded over the last two days for breach of curfew restrictions.

According to police, five arrests were recorded between Thursday 11pm to Friday 4am.

He added the four arrests recorded in the Southern Division involved a juvenile and three others who were found in public.

“From Friday 11pm to Saturday 4am four reports were recorded. The Western Division recorded three cases while one report was recorded in the Central Division. Two men were arrested drunk in Lautoka while a woman was arrested at Waiyavi Stage 2.”

A 31-year-old man was arrested along Waimanu Road drunk and intoxicated.