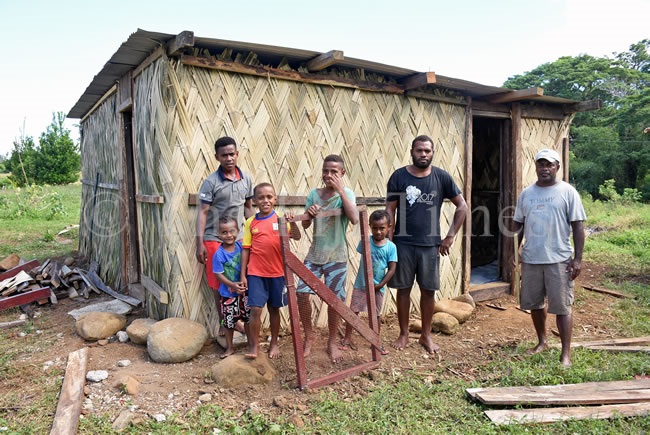 A couple who lost their jobs in March, before being rendered homeless by Tropical Cyclone Harold a month later, are thanking neighbours for reaching out and helping put a roof over their heads.

Suliano Vasuitoga and his wife Savaira Vunalusia of Nalesutale settlement in Sabeto, Nadi, now live in a home constructed entirely of bamboo stems, tree trunks and iron sheets, built by neighbours who were put out of work by COVID-19.

Mr Vasuitoga, who until March was employed at the Sleeping Giant Zip Line, said they did not have much money.

“Almost everything was sourced from a nearby forest,” he said.

“Thankfully, we knew someone who knew how to weave bamboo sheets together to make the walls.

“The whole experience made us realise that we can survive without money.”

Neighbour Maika Vakamelei said building the home was one of the most satisfying things he had ever done.

“People are turning back to the old ways which our forefathers lived and survived on,” he said.

“We are seeing people bartering their services but for us the 10 families in this settlement, we will work together to make sure that everyone survives.”