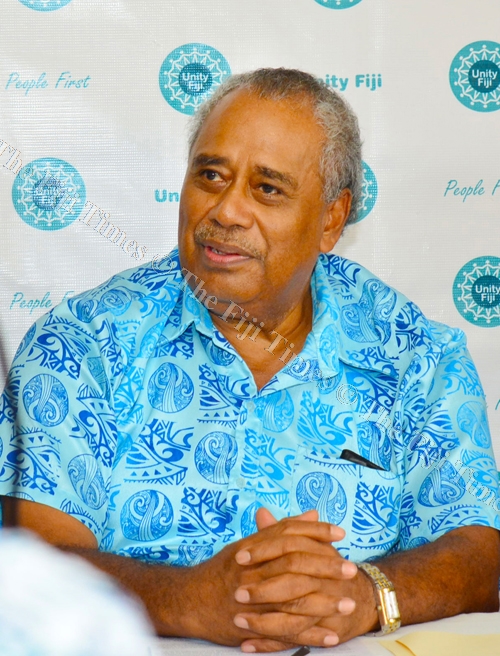 The increase in Fiji’s COVID-19 cases shows that government is not fighting with an effective plan and battle strategy, claims Unity Fiji party leader, Savenaca Narube.

Mr Narube claimed the new cases revealed huge gaps in Fiji’s defence which allowed the carriers of the virus to move freely in our midst for more than one week.

“In war, and we are in the middle of one right now, our front lines must be battle ready and united. We must confront the enemy with the right weapons, all the strength that we can muster and the best combat strategy,” he said in a statement issued today.

“Transparency will save lives.

“We are months into this war, but we are still not clear of the strategy that Government is using to fight this battle.

“In all countries that have succeeded in fighting the virus like South Korea and Singapore, widespread testing is their major weapon.

“They have adopted this strategy for two main reasons—first, to more accurately determine the full extent of the infection and treat those affected very quickly and second, to immediately identify those not infected and allow them to return to work as soon as practicable thus minimising the impact of COVID-19 on the economies and their livelihoods.

“And these countries are winning the war.”

He said Fiji had seemed to adopt a strategy of voluntary isolation, shutdowns and selective testing.

“Voluntary isolation, as the recent cases have shown, is not effective. There are people that do not show symptoms, but are carrying the virus.

“Shutdowns will be more effective if it’s combined with widespread testing.

“Why do we wait for people to get sick before we test them?” Mr Narube asked.

“Is it because the test kits are expensive? But we can find the money if we allocate our budget wisely and eliminate wastages.”

He stressed that we must plan for the worst.

“We must take strong actions now. Trying to catch up later will be a big mistake as we have seen in some countries around the world.

“Let us find more money for the Ministry of Health and start testing now.”