COVID-19: Manager and his staff arrested for operating a non-essential business 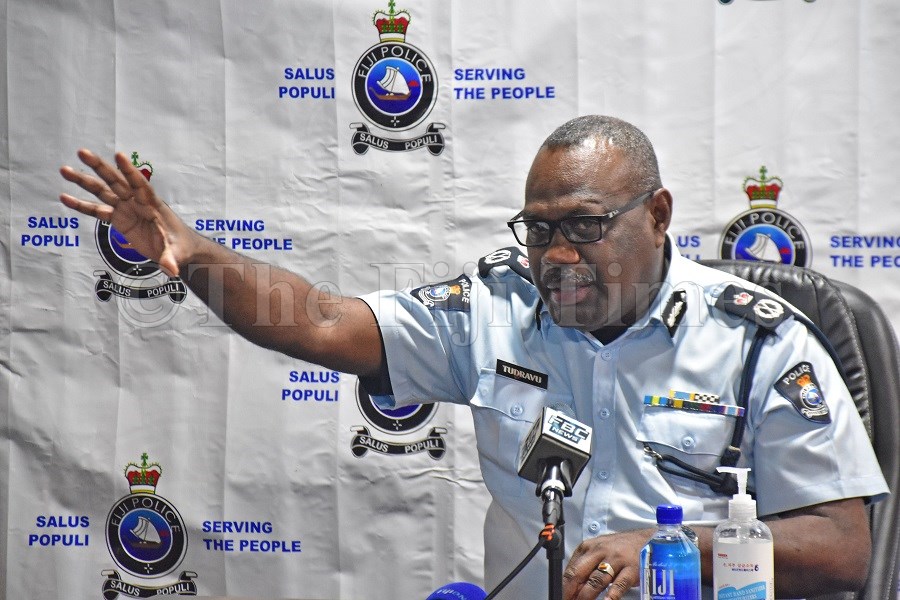 Acting Commissioner of Police, Rusiate Tudravu. speaking at a press conference in Suva on Friday, May 14, 2021. Picture: SOPHIE RALULU

A business manager and his staff were among the 53 people arrested over the last 24-hours for breaching curfew orders and health restrictions.

Acting Commissioner of Police, Rusiate Tudravu said the 31-year-old manager and his staff were arrested in the Central Division for operating a business regarded as non-essential.

A/CP Tudravu said the Southern Division recorded 32 cases whereby 17 were in relation to alcohol while Nine were found drinking grog.

“A driver was also arrested for driving without a pass during curfew hours including his passenger while four were arrested for loitering,” A/CP Tudravu said.

“Of the five cases recorded in the Eastern Division, two were found not wearing masks while travelling in a PSV in Levuka while the other two cases of alcohol consumption were recorded,” he said.

“A 24-year-old man was found loitering during curfew hours along the Sasawira road in Nasinu.

“The Western Division recorded thirteen cases including three who were found drinking along the Lautoka area while four were arrested at Rabulu village in Tavua for intoxication.

“Five cases of drinking alcohol were also recorded at Nawajikuma settlement in Nawaka while a 32-year-old man was found loitering during curfew hours at the Lautoka town area.”

A/CP Tudravu said a case that was recorded in the Northern Division involved a 33-year-old woman who was found loitering along the Namena Road area in Labasa.