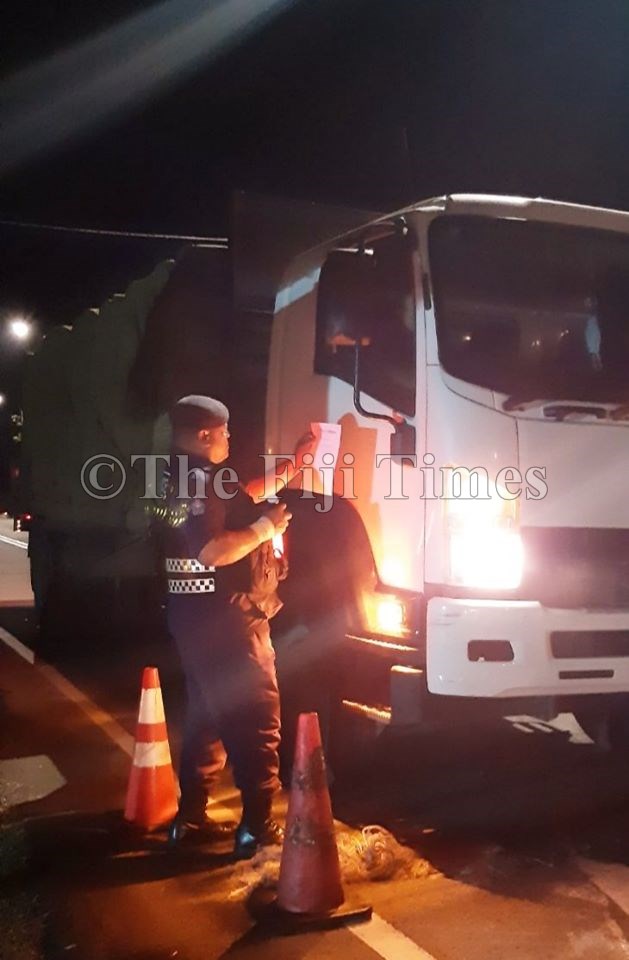 A police officer checks on a truck at a checkpoint. Picture: SUPPLIED/FIJI POLICE

Police arrested nine people over the last 24 hours for COVID-19 related breaches of which four were for breach of sporting activities in the Southern division.

He said three arrests were made in Tamavua-i-wai whereby a woman and two men were found drunk and moving around during curfew hours.

“The Western and Northern divisions both recorded one report of breach of curfew each.

“In the Northern division a 25-year-old man from Soasoa was arrested after Police pursued the suspect after he failed to stop his vehicle at a checkpoint.”