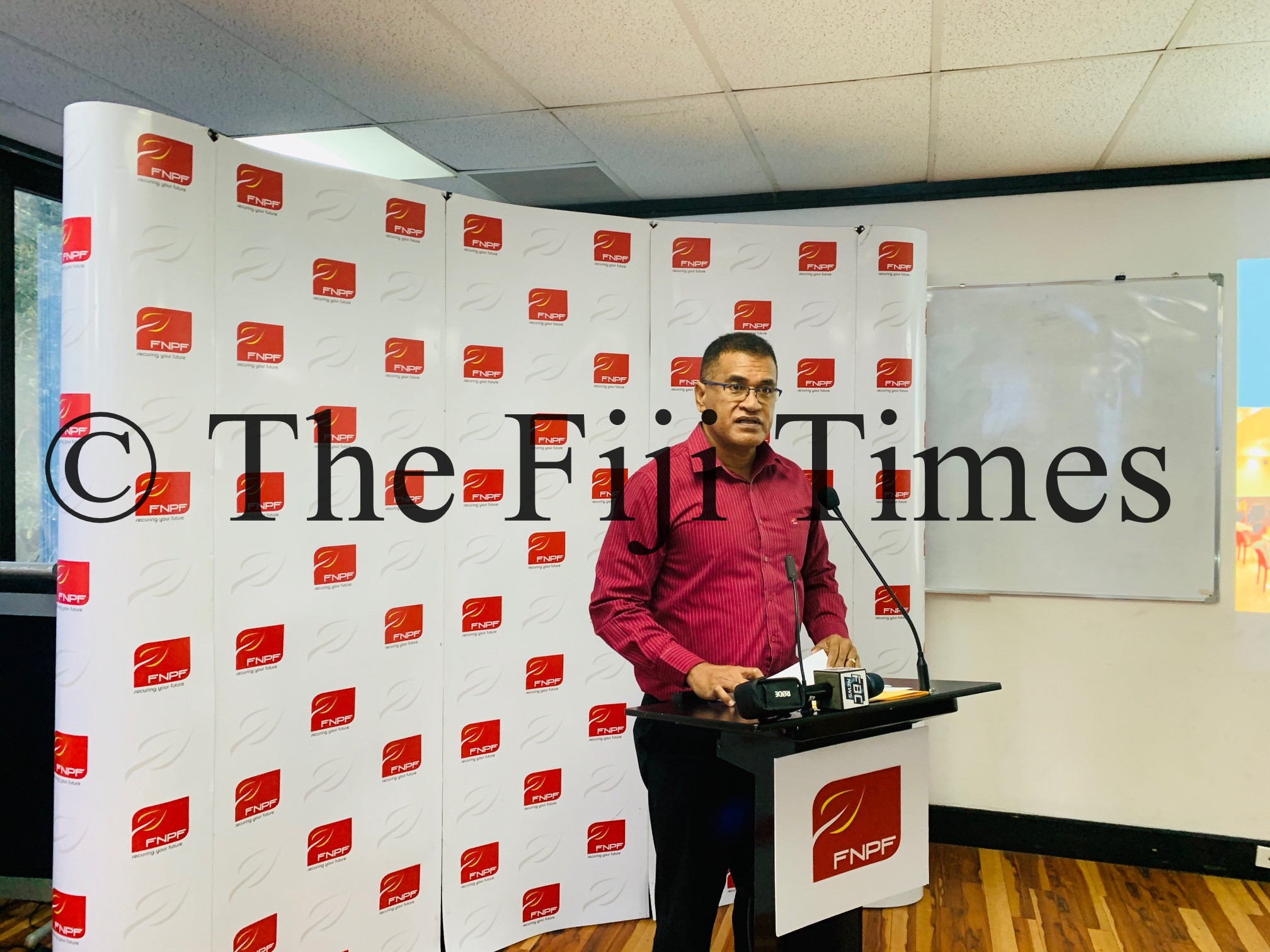 A total of $52.1million has been paid out by the Fiji National Provident Fund (FNPF) under the COVID-19 Withdrawal Assistance scheme to 82,850 members.

According to FNPF chief executive Jaoji Koroi at a press conference in Suva today, the Fund had received a total of 90,487 applications.

“FNFP in terms of its design and policy allow members to withdraw during their times of need, all these withdrawals are made from their general account which is roughly 30 per cent of their total balances,” Mr Koroi said.

“Phase one withdrawals was conducted during the lockdowns, restrictions which affected the members and you had the wider coverage.

“It applied to those members that had lost their working hours, reduced pay affected by the lockdown, and so on.”

The Fund will be rolling out phase two of its COVID-19 relief assistance, which according to Mr Koroi was only for those who had been unemployed or had totally lost their jobs.

“Phase two things are getting a bit clearer and businesses are now getting time to think business strategy.

“(For) example for tourism, initially they were thinking maybe tourism can start later this year but we all know the reality now so they have to take, sometimes, drastic decisions in terms of letting the members or their workers go as we have seen the case with Fiji Airways,” he added.

Mr Koroi said the processing of phase one applications would be completed and paid out by June 3, 2020.

“There are three categories of phase two, as I have mentioned earlier it is really to assist members who are unemployed or will be losing their employment.

“In terms of policy contacts, I think it’s very important to understand this as we all know, COVID-19 has displaced a lot of our FNPF members from their workplace and of course our heart goes out to them and we understand the difficulties that they all are going through.”