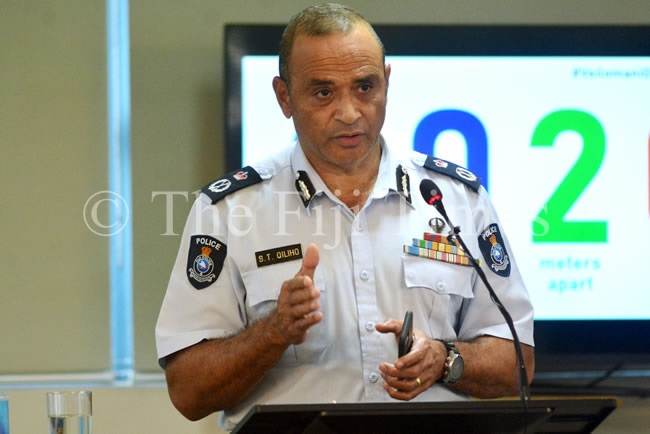 A family who breached the ban on inter-island movement and travelled on a fibreglass boat to Wakaya had not confined themselves to their house, says Police Commissioner Brigadier-General Sitiveni Qiliho.

And he said the family would be questioned by police after the completion of their quarantine period.

“We also have had information that has come in from Wakaya Island that the family that moved across breaking the directives on inter-island movement, have not confined themselves to their house and pushing their own rights that they have the rights to walk around the beach and all that,” he said.

“They are making matters worse for themselves and they are becoming very irresponsible, so we had to contact them again and they just opened up more issues for themselves that we would be dealing with at the end of their quarantine period,” he added.

He said police understood there were people in the lockdown area who came in from the Yasawa and the Mamanuca groups and needed to go back to other parts of the country.

“We will allow that one-time movement and we are coordinating with the navy that they go back now that the lockdown in Lautoka has been lifted.

“Also, some of the hotel workers that were out in the islands that need to get back home to Lautoka, that will be a one-time movement as well.

“However, we have Cyclone Harold coming our way and the navy has been advising them when the weather is conducive for them to make that travel. Otherwise operations continue as normal.”