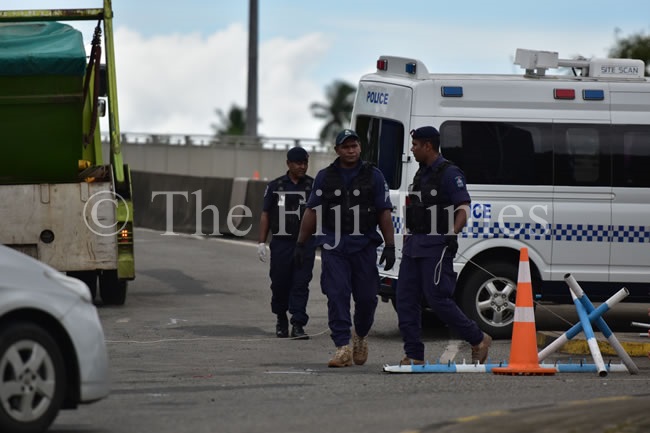 PARENTS and guardians are being warned to monitor their children’s whereabouts as the Police will not hesitate to arrest anyone who is found failing to comply with health orders as adequate warnings have been issued.

Commissioner of Police, Brigadier-General Sitiveni Qiliho stressed this in a statement after 24 juveniles were arrested yesterday for COVID-19 related breaches.

Brig Gen Qiliho said 22 juveniles, the youngest being 14-years-old were arrested in Lami yesterday as they were found playing touch rugby at the Nukuwatu foreshore.

He said also arrested were 17 adults, the eldest being 48-years-old and another two juveniles were arrested in the Southern Division for breach of curfew.

“The Southern Division recorded 54 of the 57 total arrests made in the last 24 hours,” Brig-Gen Qiliho said.

“Forty arrests were made regarding sports which include the 39 arrested in Lami while one arrest was made in Samabula,” he said.

A police team on mobile patrol saw a group of people playing touch rugby along Hedstrom Road in Samabula and managed to arrest a 20-year-old who was found with the rugby ball while others ran away from the area.”

He said the Western Division recorded two cases of breach of curfew while Central recorded one case.

The time for warnings is over, and we will not hesitate to arrest anyone found breaching COVID-19 restrictions as we cannot afford to be complacent.”