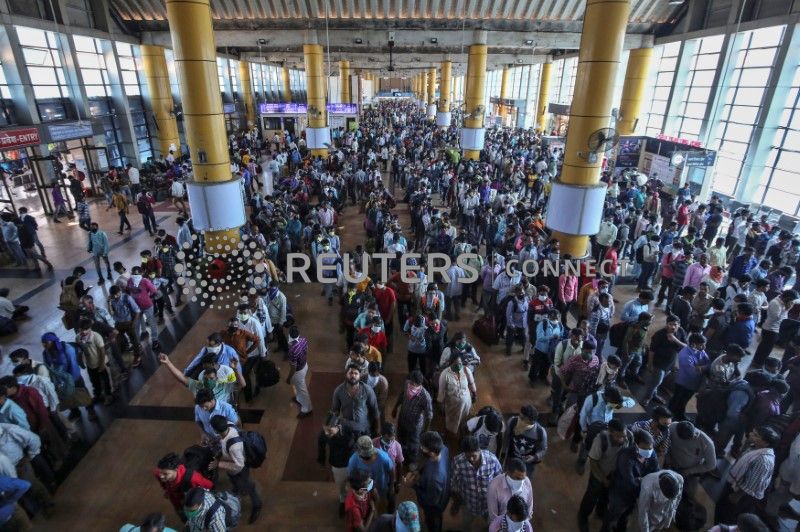 Migrant workers and their families queue to buy train tickets at a railway station, after government imposed restrictions on public gatherings in attempts to prevent spread of coronavirus disease (COVID-19), in Mumbai, India, March 21, 2020. REUTERS/Prashant Waydande

The father of the seventh confirmed case of COVID-19 is suspected to have contracted the virus during a religious gathering in India.

This has been confirmed by Fiji’s Prime Minister Voreqe Bainimarama during a press conference in Suva this afternoon.

He said they had a strong suspicion of how the seventh and sixth case contracted the virus.

“The father of the gentleman of case number seven (a hairdresser) stayed with the couple for several days after returning from India on March 22 (2020),” Mr Bainimarama said.

“It turns out the father indeed has been tested positive for the virus, he highly became infected during a large religious gathering he attended in India.

Upon returning from Fiji, Mr Bainimarama said he spent five days at a settlement in Nabua.

He then travelled to Labasa via boat, where he stayed in Soasoa.

He said the patient could have spread the virus to other people via land, sea and air.

The elderly man is in stable condition at the isolation unit at Labasa Hospital.