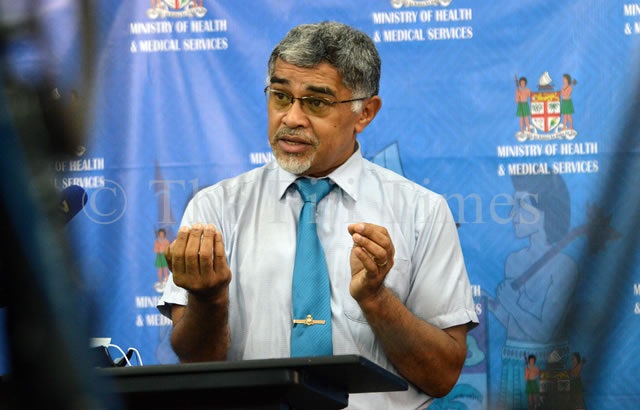 The permanent secretary for Fiji’s Ministry of Health and Medical Services, Dr James Fong, says there are 304 COVID-19 patients admitted in hospitals and COVID facilities on Viti Levu.

He announced this in his COVID-19 update statement last night, saying 29 of those patients are admitted at the Lautoka hospital.

And in Suva, 77 patients are admitted at the FEMAT field hospital, and 198 admitted at CWM hospital, St Giles and Makoi, he adds.

“Fifty-three patients are considered to be in severe condition, and 16 are in critical condition,” Dr Fong said.

Last night, while he announced the 1031 new positive cases recorded in the 24-hour period that ended at 8am yesterday (July 29), he also reported nine deaths on July 26-27.

Majority of the deaths were senior citizens, and seven of those cases were reported to have died at home, and they had not been vaccinated.

Dr Fong had reported that there had been 227 deaths due to CoVID-19 recorded so far in Fiji, of which 225 deaths were recorded during the second outbreak that started in April this year.