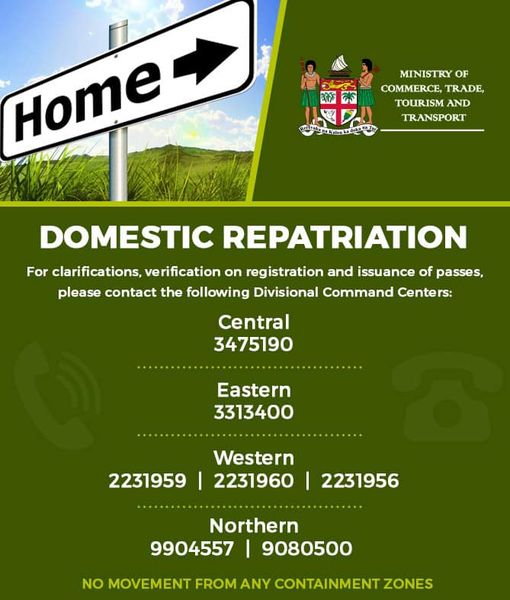 The movement of Fijians for both land and maritime travel has begun with only those registered allowed to travel.

A statement by Government says registered Fijians are to consult their nearest District Offices (DOs), Provincial Administrator (PAs) Offices and/or Divisional Commissioner’s Offices, to confirm registration for movement and upon receiving confirmation, they will require a pass from an appointed medical official from the four divisions.

For further clarifications and verification on registration, including the issuance of passes, please call the following Command Centres, which directly connect to DOs, PAs and Commissioner’s Offices:

Meanwhile, more than 8000 Fijians have been registered to return home, that is from the non-containment to containment zones.

People are advised that there will strictly be no movement from any containment zones until further notice.