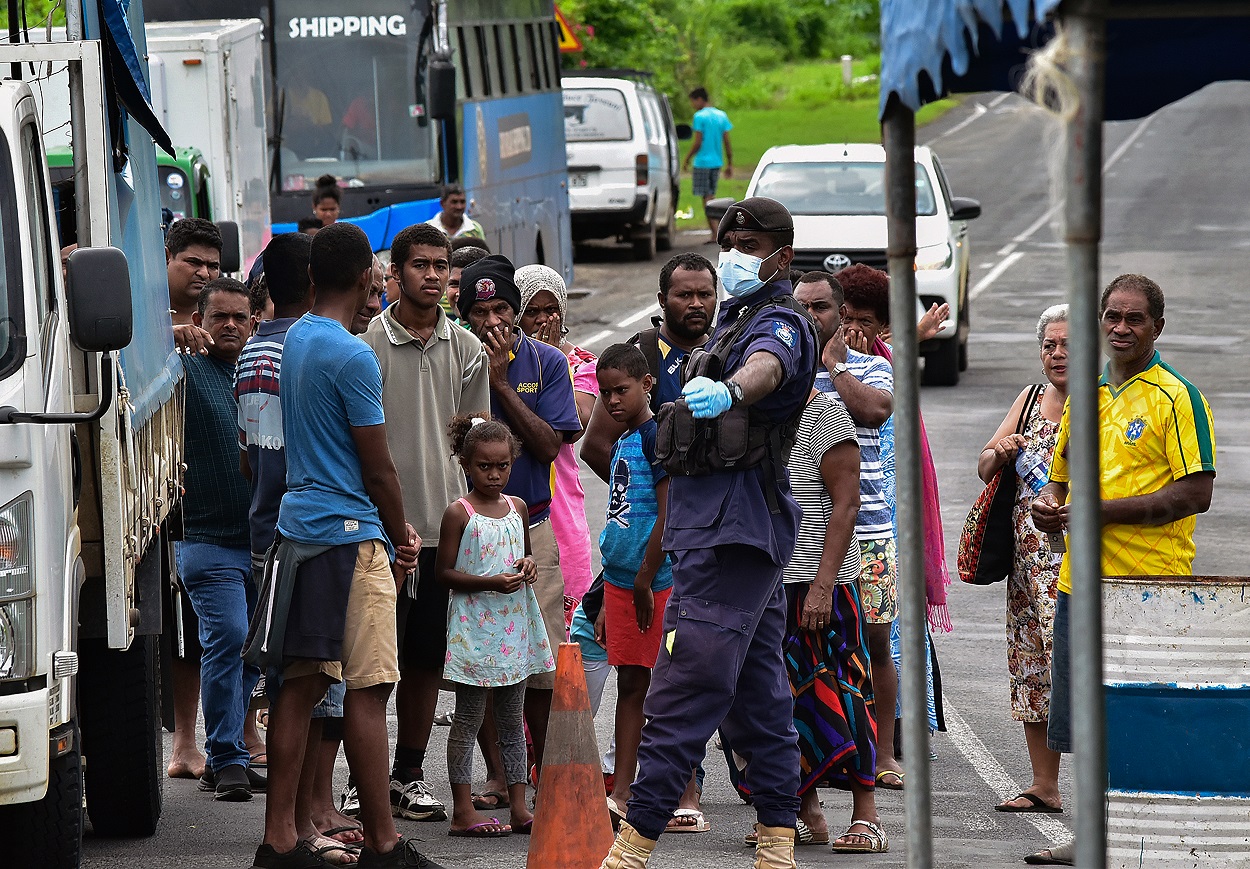 Lautoka residents returning from a funeral in Vanua Levu were stopped at the Tuvu border along the Kings Highway yesterday. Police officers did not allow the residents to return to their homes. Picture BALJEET SINGH

Parliament continues to debate a motion on whether or not to fast-track the COVID-19 response supplementary appropriation bill 2020.

The Government has proposed the bill to pass tomorrow after a 3-hour debate.

The Opposition has said the Government side is flaunting section 102 of the Standing Orders.

The Standing Order states under “Supplementary Estimates” the process required to debate and adopt a supplementary budget.

“Parliament is then adjourned until a date and time fixed by the Speaker at which the Bill is read a second time and, without any question being put, the Bill and the supplementary estimates stand referred to the Committee of Supply. The date and time as fixed must be at least six days after the adjournment and notice of the second reading must be given at least two days before that date.”

The Standing Order states Parliament has to go in a Committee of Supply even for a Supplementary budget.