COVID-19: AstraZeneca to start rolling out hundreds of millions of doses of vaccine by Christmas 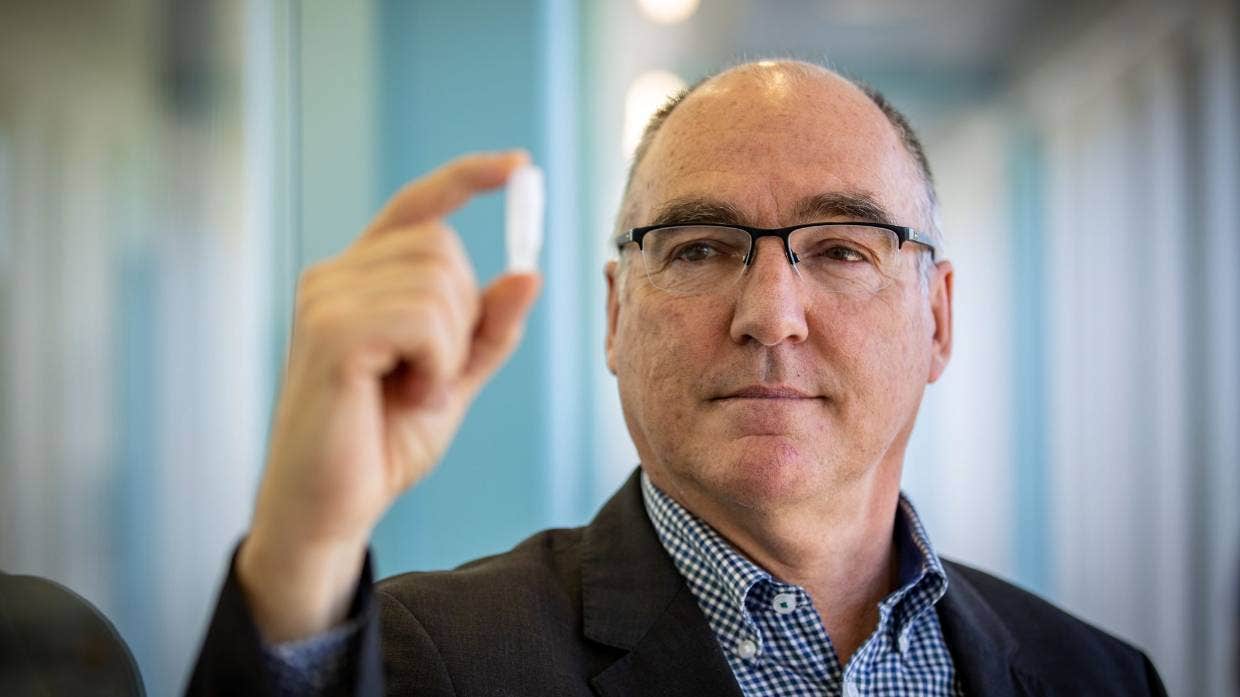 Pharmaceutical giant AstraZeneca will start rolling out hundreds of millions of doses of its new coronavirus vaccine by Christmas after Oxford University researchers revealed a scientific breakthrough with the potential to end the pandemic.

Highly anticipated results from phase three trials show the vaccine was on average 70 per cent effective in preventing the disease.

It’s not yet know whether New Zealand was in the line for this vaccine. A spokesperson for Research, Science and Innovation Minister Megan Woods said that due to commercial reasons, they could only announce agreements once they have been confirmed.

New Zealand has however signed two agreements for vaccines already. These are for the Pfizer and BioNTech vaccine, and also the vaccine from Janssen Pharmaceutica.

“We also consider the suitability of each vaccine for use in New Zealand and our Pacific neighbours. We have a focus on equity and access,” the spokesperson said.

In terms of the latest vaccine breakthrough, Oxford University researchers also found the efficacy hit 90 per cent based on a regime where a person is given an initial half-dose followed by a second full dose.

That finding is highly significant because providing the equivalent of 1.5 doses, compared to an expected two full doses, means there would be more vaccine to go around than originally anticipated.

In another positive finding, the Oxford vaccine needs only to be refrigerated, unlike another candidate developed by drug companies Pfizer, which needs to be kept frozen at -80 degrees Celsius. A different vaccine, made by Moderna, is also kept frozen, but once thawed it can last in a refrigerator for up to 30 days.

Refrigeration will make it easier to transport and store globally, particularly in lower and middle-income countries. The Oxford candidate is also much cheaper.

“We have a vaccine for the world,” said Professor Andrew Pollard, the trial’s lead investigator.

“Our goal at the beginning was to make sure that we can have a vaccine that was accessible everywhere. I think we have actually managed to do that, so it’s a very exciting day today.

“This is an incredibly exciting moment for human health.”

“Seventy per cent is better than the flu vaccine is in most years,” Pollard said.

Explaining why the half-dose followed by full dose regime produced a better level of protection, Pollard said: “We think that by giving a smaller first dose we are priming the immune system differently, we are setting it up better to respond.”

Pollard said it was too early to know how long coronavirus vaccines protected the recipient and whether the vaccine would have to be rolled out regularly, similar to a flu shot.

Asked about how long the shield may last, Professor Sarah Gilbert, the Oxford vaccine’s architect, said researchers were optimistic an immune response would last “at least a year”.

“We are looking at changing our terms and conditions to say that for international travellers, we will ask people to have a vaccination before they can get on the aircraft,” he said.

“Whether you need that domestically, we will have to see with Covid-19 and the market but certainly for international visitors coming out [to Australia] and leaving, we think that’s a necessity.”

The AstraZeneca vaccine uses a modified version of a chimpanzee common cold virus to deliver instructions to cells to fight the target virus, which is different than the new technology known as messenger RNA (mRNA) deployed by Pfizer and Moderna.

Moderna and Pfizer have claimed their vaccines have an efficacy of up to 95 per cent.

The Oxford team on Monday said the huge international race to develop a vaccine was not a competition. The scale and pace of the effort needed meant multiple vaccines would be required, they said.

The Oxford trial featured some 24,000 volunteers. The 90 per cent efficacy figure was discovered in a sub-group of more than 3000 participants given the initial half-dose, followed by a full dose at least one month later.

AstraZeneca’s executive vice-president for operations, Pam Cheng, said the company planned to begin supplying doses by the end of 2020.

Australian Health Minister Greg Hunt spoke with AstraZeneca’s Australian chief executive on Monday night and was told the company would seek local regulatory approval “in the coming weeks, if not sooner”.

“Subject to approval, this means that Australians are very much on track for first vaccines in March,” Hunt said.

Oxford also revealed on Monday that early trial data suggested the vaccine had helped reduce asymptomatic infections. This could prove crucial because no vaccine had yet been proven capable of blocking transmission of the disease on top of preventing illness in a patient.

“That’s really going to make a big difference to transmission, so it’s good news all around,” Gilbert said.

AstraZeneca– one of the UK’s most valuable listed entities – will now lodge the trial data with authorities around the world to gain conditional or early approval.

It will also seek an emergency use listing from the World Health Organisation to speed up availability in low-income countries.