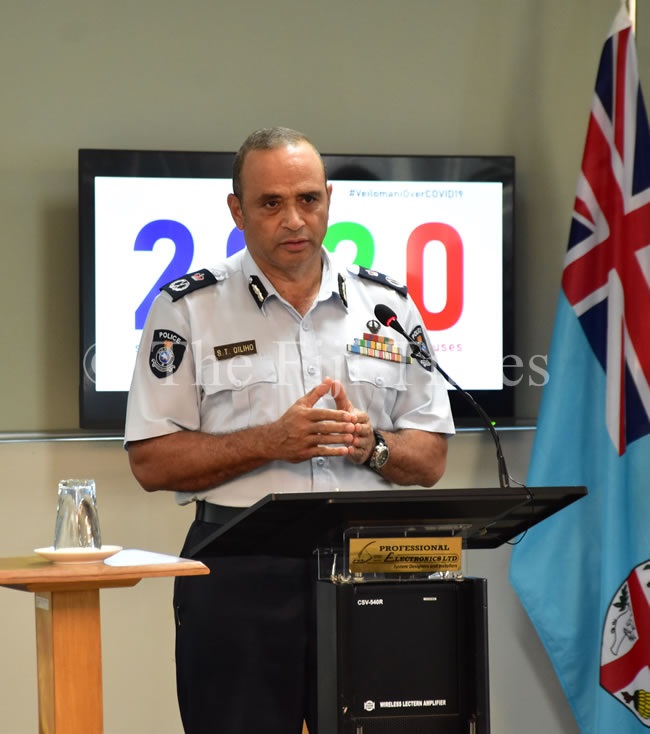 He made the comment after 53 people were arrested on Wednesday night for breaking COVID-19 restrictions.

Brig-Gen Qiliho said the number of arrests, even as the nation experienced the impacts of Tropical Cyclone Harold, created more work for police on the ground.

The Police Commissioner said social gathering breaches accounted for 33 arrests, curfew breaches – 18, and two men aged 18 and 28 years were arrested for breaching the lockdown restrictions after they allegedly tried to get to Suva through the Nausori border.

“From the 33 social gathering breaches, a group of eight youths were arrested after allegedly refusing to disperse after being warned not to play rugby in Lokia yesterday (Wednesday),” he said.

“The remaining 25 arrests made in the East and Southern Division were for those found drinking yaqona.”

He said of the 18 curfew arrests, the West recorded four, 11 in the South, two in the North, one in the East while no arrests were recorded in the Central Division.

Brig-Gen Qiliho said TC Harold had passed but Fijians still needed to deal with COVID-19 and people could not afford to be complacent with a virus that was claiming thousands of lives globally every day.

“Stop gambling with your lives and the lives of your loved ones because when you selfishly leave your home to meet up with others over a tanoa of yaqona or a drinking party, you could be the one responsible for spreading the virus which is why health officials have and continue to reiterate that everyone should stay home to save lives and refrain from gathering in numbers.”

UK lawmakers ‘conga’ round parliament to cast their votes