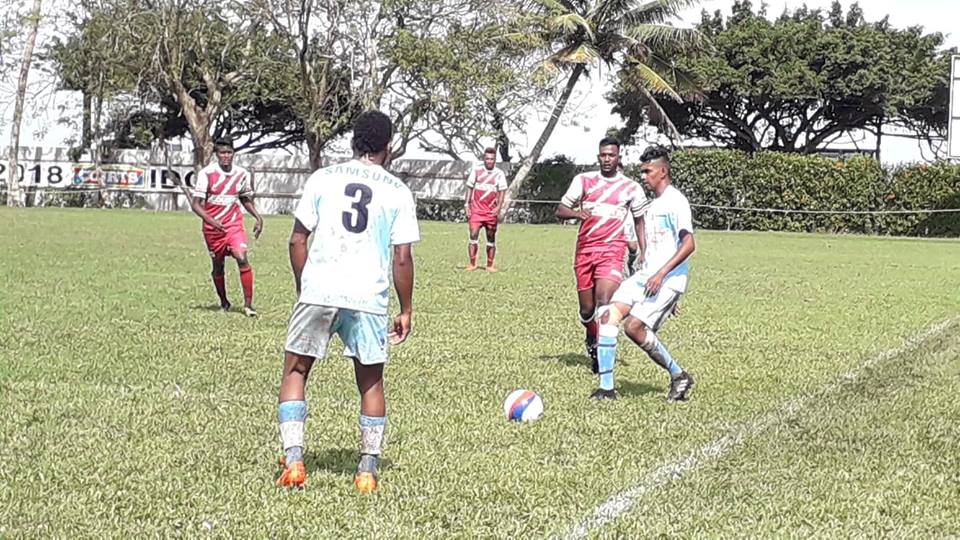 Action between the match between Tailevu Naitasiri and Rakiraki today. Picture: Rohit Deo

TAILEVU Naitasiri won the last of the matches of day one in the senior division at the Courts Inter District Championship underway in Suva.