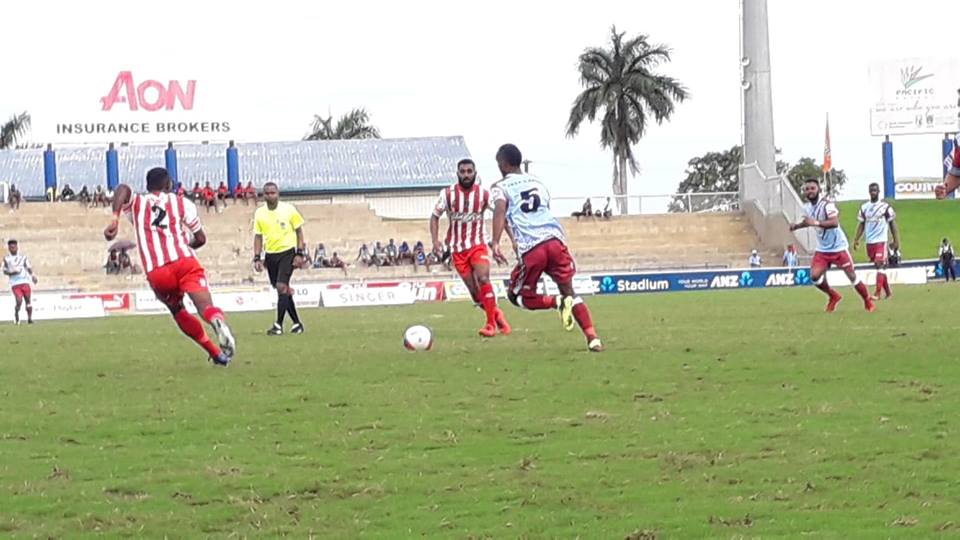 THE Labasa football side beat Nasinu 5-1 in its first match at the Courts Inter District Championship in Suva today.

A brace from Tavua import Vilitati Kautoga and another goal from Christopher Wasasala saw the northerners leading 3-1 at half-time.

Wasasala grabbed a second while Pita Levaci came off the bench to add a fifth for Labasa in the second spell.

Nasinu goalkeeper Alam Mohammed made some good saves in goal however his defenders seemed to have lost the structure coach Shivam Nathan would have wanted.

Labasa goalkeeper Akuila Mataisuva had his penalty saved by his opposite number Mohammed late in the first half.