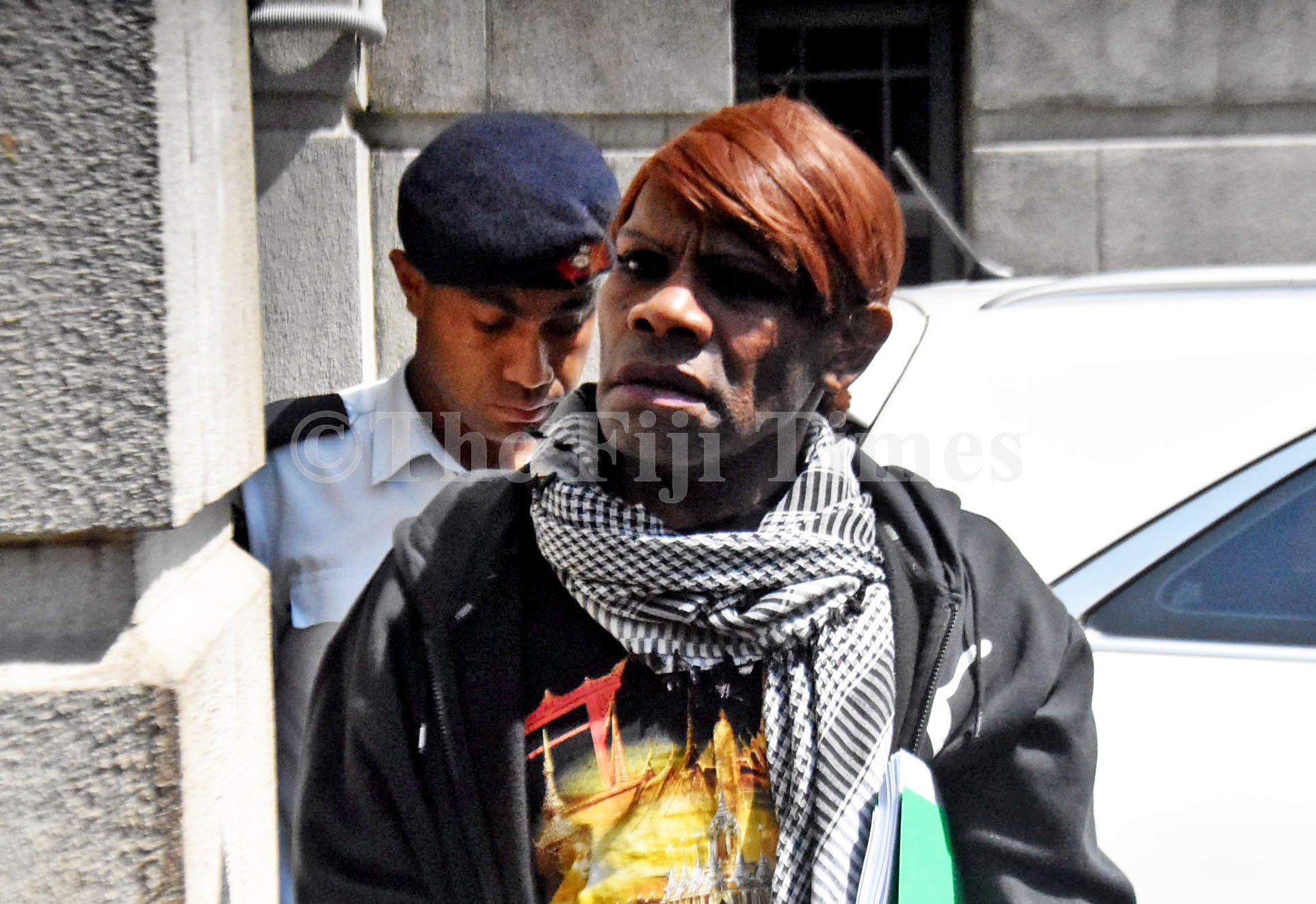 Josevata Wereilagi being escorted by the police officers after he was sentenced at the Suva High Court yesterday. Picture: JONA KONATACI

A FORMER sex worker convicted of prostituting a 15-year-old girl has been sentenced to 14 years behind bars.

He was also told yesterday that the sentence imposed against him was to denounce his conduct and deter him and other like-minded people from sexually exploiting people.

Josevata Wereilagi or “Josie” was earlier convicted of one count of aggravated sexual servitude and three counts of domestic trafficking in children.

Werelagi was a hairdresser and a sex worker and first came into contact with the complainant on July 18, 2015, in Nausori when she was only 15 years old.

The complainant had been living with her mother after dropping out of school.

In the first incident, Werelagi facilitated the transport for the two from Nausori to Samabula.

When they arrived, he took the complainant to a bus stop at Rewa St where he introduced her to the sex industry.

The High Court heard that on that night, the complainant had sexual intercourse with two men in exchange for payment which was shared between her and Werelagi.

After providing sexual services, the complainant accompanied Werelagi to his house where she stayed until she was rescued on the streets by police on July 23, 2015.

The court was earlier told that the complainant had accompanied Werelagi to Samabula on two other nights – he facilitated her transportation and groomed her to make her look older.

Judge Justice Daniel Goundar said Werelagi controlled the complainant by giving instructions and made sure that she returned to him after offering sexual services.

“He sold her to clients and demanded his share and payments for the sexual services she had provided,” Justice Gounder said.

He said the complainant feared him and felt like a slave.

In passing sentence, Justice Goundar said the offences committed by Werelagi were grave because it involved a vulnerable child.

The mitigating factors in the case included that Wereilagi was 38 years old and supported his elderly parents and younger sister, while the aggravating factors included the fact that the offences were repeated over a period of four days, the sexual services offered by the victim were penetrative in nature and the incidents occurred at night in an environment dangerous to the child.

He will be eligible for parole after serving 10 years behind bars.