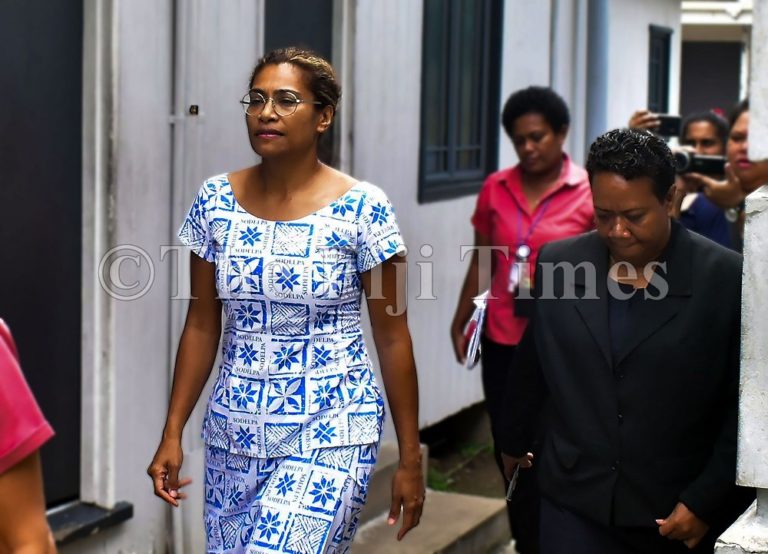 Opposition member of Parliament Lynda Tabuya makes her way to the Magistrates Court in Suva in an earlier court sitting. Picture: JONA KONATACI

The matter was called yesterday before Chief Magistrate Usaia Ratuvili.

Ms Tabuya had pleaded not guilty to the charge of malicious act contrary to Section 15 (a) of the Public Order Act 1965.

Ms Tabuya’s new counsel, Adish Narayan, told the court that formalities had been completed in the matter and all disclosures had been served to him.

He said they were ready for trial and also alerted the court he could be calling more than two witnesses.

The prosecution, on the other hand, informed the court they had 19 witnesses for the hearing.

The trial will begin on October 12.

Ms Tabuya is on bail and the case has been adjourned to July 7 for pre-trial conference.