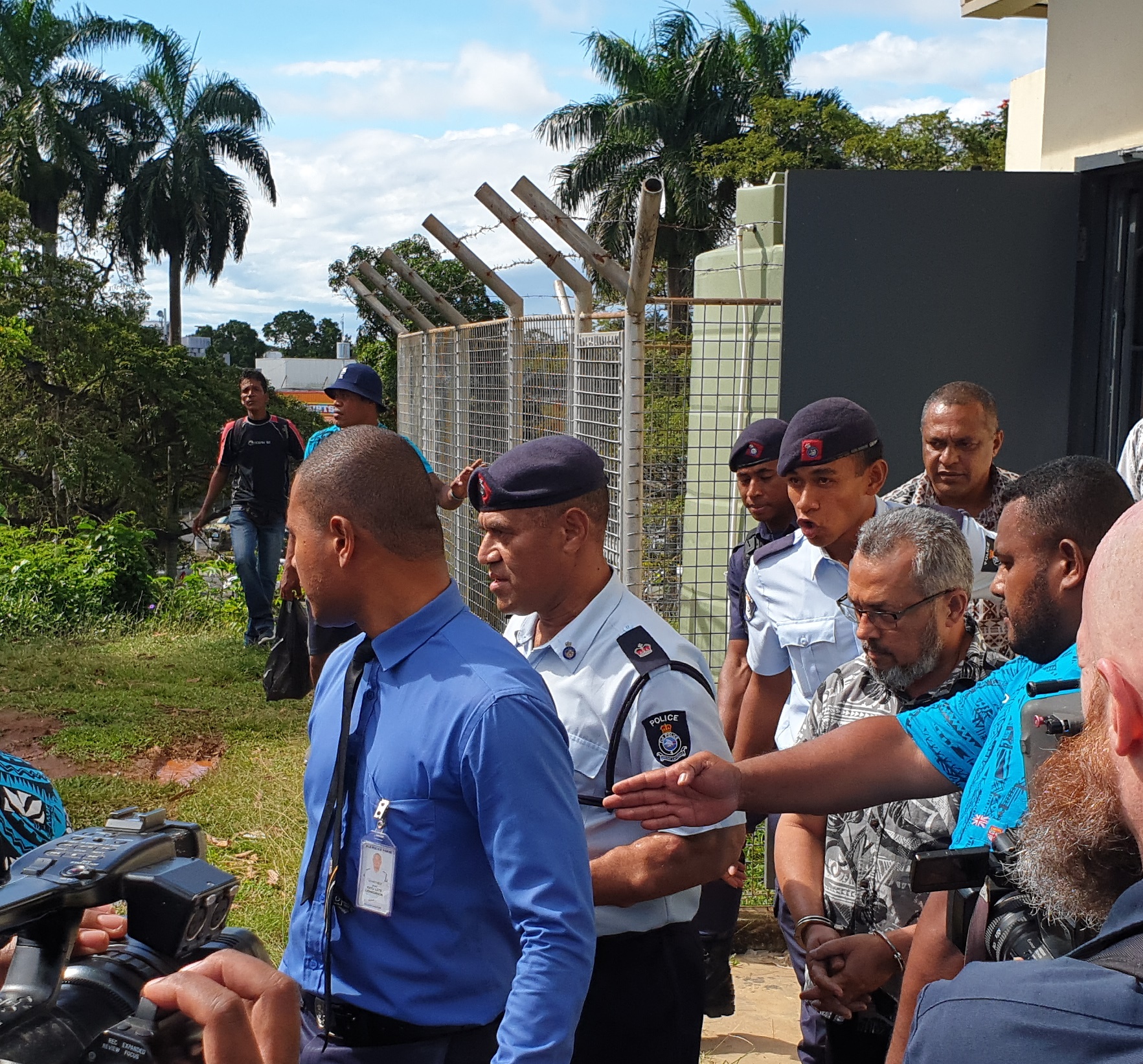 Muhammad Raheesh Isoof (with glasses), charged with five counts of murder and one count of attempted murder in relation to the Nausori Highlands deaths is escorted out of the Nadi Magistrates Court in an earlier appearance. Picture: FELIX CHAUDHARY

MUHAMMAD Raheesh Isoof, the person of interest in the Nausori Highlands deaths case was charged with the murders of Nirmal Kumar, his wife Usha Devi, their daughter Nileshni Kajal and her two daughters Sanah Singh and Samarah Singh and appeared in the Nadi Magistrates Court yesterday.

A huge crowd gathered outside the courthouse to witness the accused being brought in, among them were members of the Kumar family.

Mr Isoof was denied bail by Magistrate Nirusha Kannangara, remanded in custody and will appear in the Lautoka High Court on September 25.