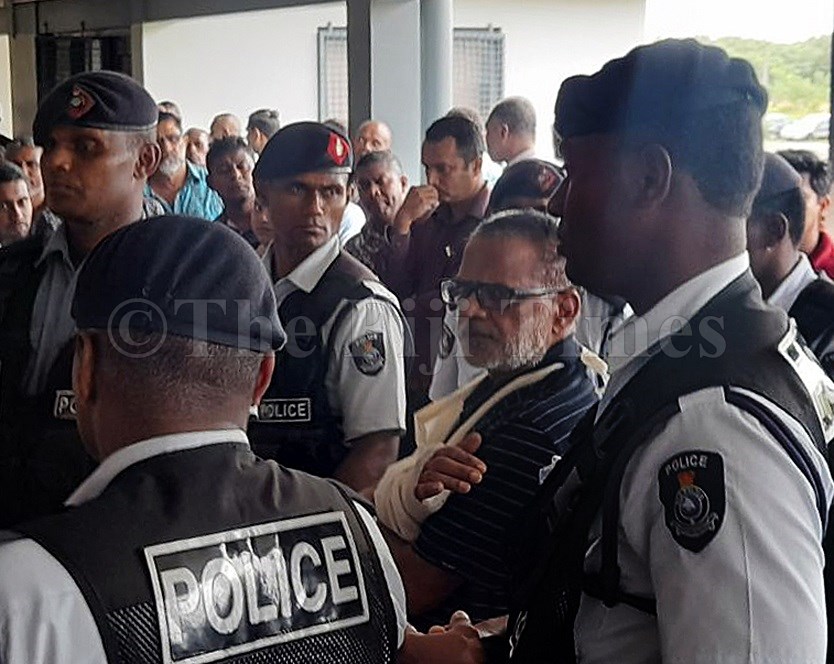 Labasa Magistrate Bimsara Jagodage yesterday reminded defence counsel Abhay Singh that all accused persons were treated equally — in relation to his client being charged for the death of a 49-year-old man.

He made the comment after Mr Singh’s request for bail was denied when he asked that his client Labasa lawyer Amrit Sen be kept in police custody for a few days and not Vaturekuka Corrections Centre until his medical review for an arm injury.

Mr Sen is accused of causing an accident in Nasikasika, outside Labasa Town and causing the death of a 49-year-old man.

During the first court mention in a packed courthouse with heavy police presence, Mr Singh sought permission from Mr Jagodage three times to discuss issues with his client despite having the matter stood down twice in the day because he needed time to consult Mr Sen.

Mr Singh argued the Constitution allowed for bail of accused people and that his client was innocent until proven guilty.

He also argued his client had assisted and worked well with police during the course of his interview.

He said his client was free from June 6 to June 17 before being taken in by police and he did not run away but remained in Labasa.

Divisional Police Prosecutor North Mere Bacau objected to the bail application, describing the offences as indictable and also said tension remained high in Naseakula, where the deceased hailed from.

Mr Jagodage told the court that the right to bail for accused people was not an absolute right and he ordered that Mr Sen be kept in custody and to be escorted by police to the hospital for his review.

The case has been referred to the High Court for June 30.