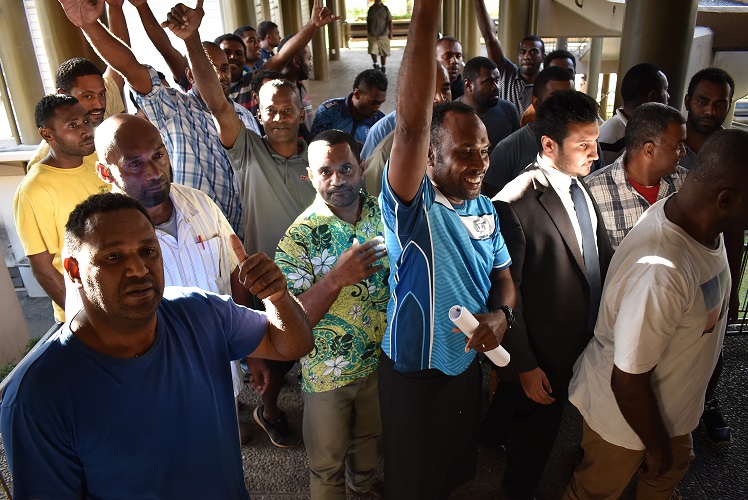 THE 28 former Water Authority of Fiji workers charged with one count of unlawful assembly were bailed by the Lautoka Magistrates Court yesterday.

Appearing before Magistrate Sekonaia Vodokisolomone, the workers were allowed to go home despite strong opposition from police prosecutors.

Police prosecutor Constable Pedro Liue had argued that the group were a threat to security and would cause widespread panic.

Read more details of the court proceedings and more in today’s edition of The Fiji Times.