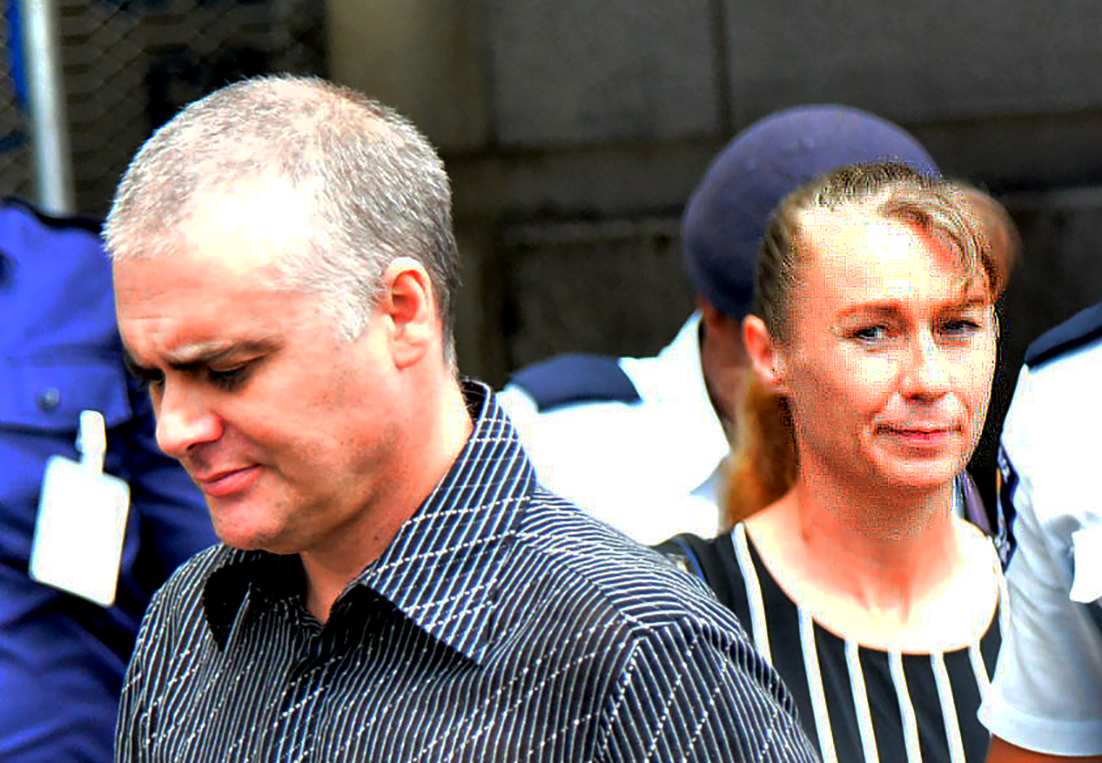 TWO Australian nationals accused of importing drugs and being in possession of arms and ammunition without a licence have pleaded not guilty at the High Court in Suva yesterday.

Yvette Dianne Nikolic and John Geoffery Nikolic pleaded not guilty to two counts of importing an illicit drug and one count of possessing arms and ammunition without a licence.

They have also pleaded not guilty to two alternative counts of possessing an illicit drug.

In the opening statement, assistant DPP Lee Burney claimed the couple were secretly involved in the drug trade.

He also said Mr Nikolic allegedly indicated to Fiji Revenue and Customs Services (FRCS)officers where they would find the other three bars of cocaine after a bag containing 10 bars of cocaine was found.

Mr Burney said Mr Nikolic on the day in question had asked to speak to his wife and shortly after had collapsed.

He added that according to the doctor’s examination, Mr Nikolic had a respiratory arrest after a drug overdose.

Mr Burney stressed that the couple must have known that drug peddling was a serious crime.

The first prosecution witness was senior Customs officer of FRCS, Kelemedi Gukirewa, who was the initial person who had requested for more information on the yacht Shenanigans on June 20, 2018, when he had received a C2C form, also known as advance notification form, from Mr Nikolic who wanted to come into Fiji waters.

Mr Gukirewa said he requested for more information on the yacht from the Fiji naval base as he had come across three risk indicators by the yacht Shenanigans.

The second prosecution witness, Mereoni Jikotani, who is from the FRCS Drugs and Enforcement Unit based at the naval base, said she was asked to verify the position of the vessel.

She said she was not able to locate the vessel as the automatic identification system (AIS) was turned off, and on June 22 it was switched on as the system picked up the signal of the yacht on the AIS at the naval base.

The third prosecution witness was FRCS boarding officer Lisi Narruhn who said she had asked Mr Nikolic questions upon boarding the yacht and was also part of the search team.

During cross-examination, defence lawyer Ronald Gordon asked Ms Narruhn to explain the reason for searching the Shenanigans. She responded that in a briefing they were told that the yacht was carrying illegal items.

Mr Gordon further asked her to explain why there was a suspicion that there was illegal substance on the yacht. She replied that their assessment officer had said that.

Mr Gordon further put it to Ms Narruhn that according to the documents provided by the Fiji Navy, the Shenanigans arrived into Fiji waters on June 21, 2018, in Nadi.

To this she said yes.

The trial will continue before Justice Daniel Goundar today.