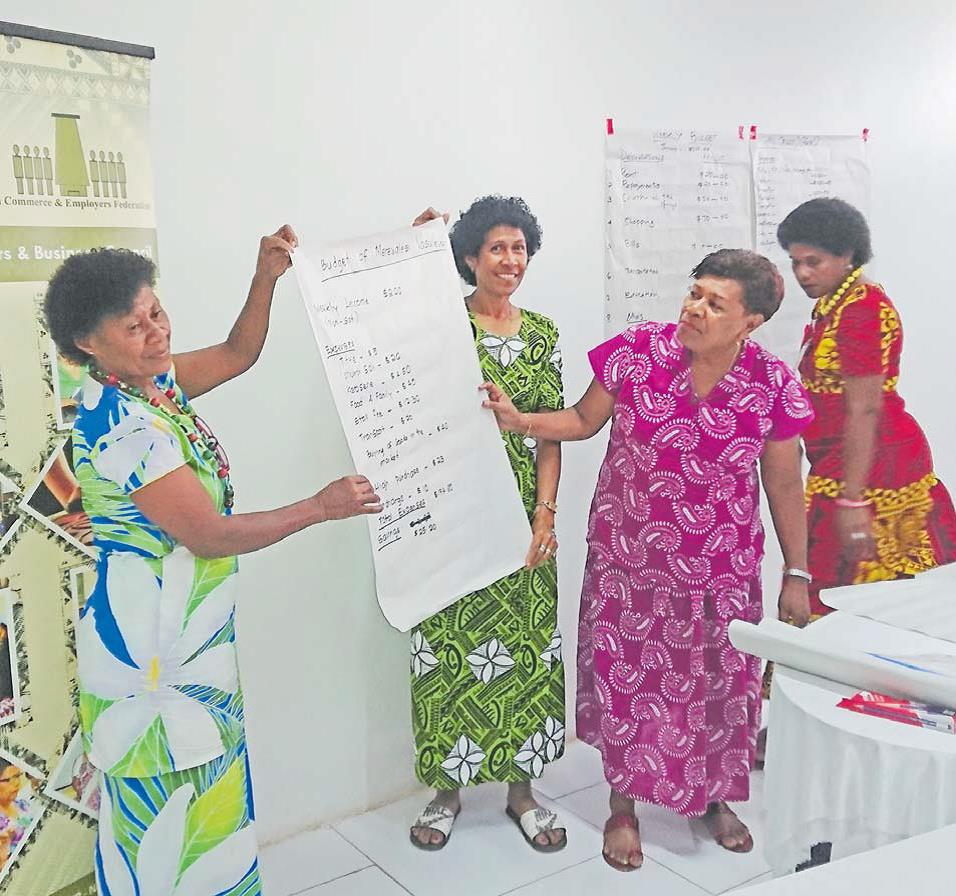 Participants during a group exercise at the Women Entrepreneurs Business Council workshop in Labasa early this month. Picture: SUPPLIED

THE Women Entrepreneurs Business Council (WEBC) is helping women working in the informal sector build their capacity and transition to the formal sector.

The council recently conducted workshops in Labasa and Savusavu, attracting more than 60 women who were involved in micro and small businesses such as handicrafts, vegetable farming, beekeeping, yaqona farming, market stalls and food parcels.

The women were also briefed about the resources provided by Government which they could tap into.

Ms Dansey said the council had partnered with the Fiji Public Trustee Corporation, Westpac Banking Corporation, Ministry of Agriculture, and Ministry of Women, Children and Poverty Alleviation to deliver the two capacity building workshops which aligned with its goals to inculcate green growth and bridge the gap between the informal and formal sectors.

The council also carried out a membership drive and received positive feedback on forming a WEBC North Centre.