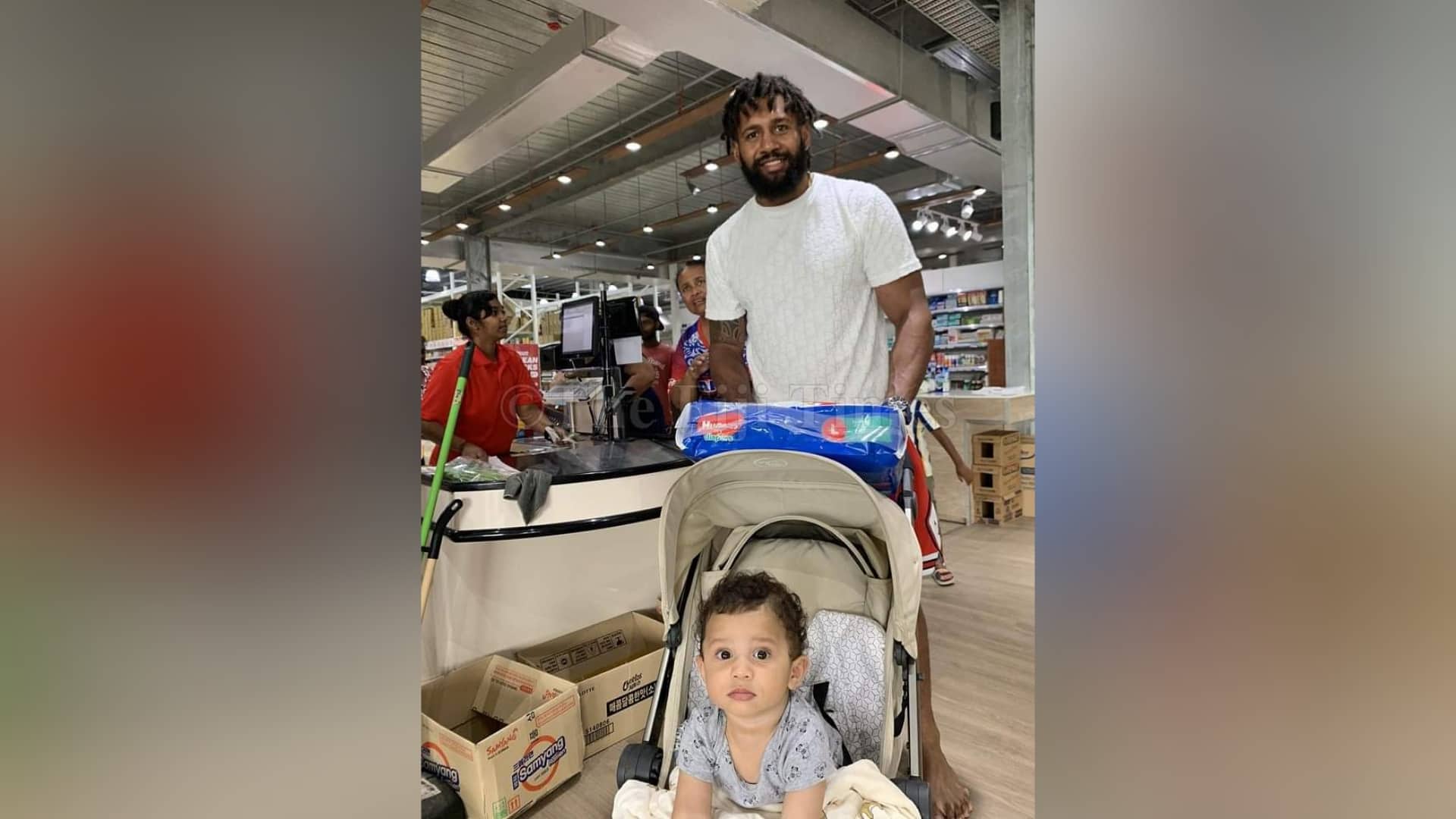 Waisea Nayacalevu with his son Aisea at the True Mart Hypermart in Navua on Sunday. Nayacalevu is in the country and got married last week and is part of the Flying Fijians squad preparing for the Pacifi c Nations Cup next month. Picture: FILIPE MARAYAWA

The Flying Fijians squad marched into camp yesterday in Nadi as it begins preparations for the World Rugby Pacific Nations Cup championship next month. Fiji will face Tonga in its first match at the ANZ Stadium at Laucala Bay, Suva.

Coach Vern Cotter named his squad early this month adding 16 Fijian Drua players alongside some of the big names Fijian Test players who are playing abroad.

“We have our eyes on the bigger picture,” said Cotter.

He is scheduled to run his side for the first time at the Sigatoka Sand Dunes today with most of the overseas-based players back home for the PNC.

“The PNC is an excellent opportunity for our players.

This is exactly the type of challenge we need as we gear up for the 2023 Rugby World Cup.” Cotter said they would use the PNC as a foundation for their preparations for the Northern Tour in November and the RWC next year.

Meanwhile, Tonga and Samoa were scheduled to jet into Fiji yesterday while Australia A would arrive on Sunday.

Tongan coach Toutai Kefu had named a strong squad with the services of former All Blacks Charles Piutau, Augustine Pulu and Malakai Fekitoa with former Wallabies fullback and rugby league convert Israel Folau in the mix.

The World Rugby PNC 2022 will be hosted by Fiji and features Australia A, Samoa and Tonga, from July 2-16.

The competition will take place in Suva and Lautoka with a round-robin format. Fiji aims to clinch its sixth PNC title after finishing as runner-up to Japan in 2019.

The Flying Fijians play Tonga at 3.30pm on Saturday, July 2.