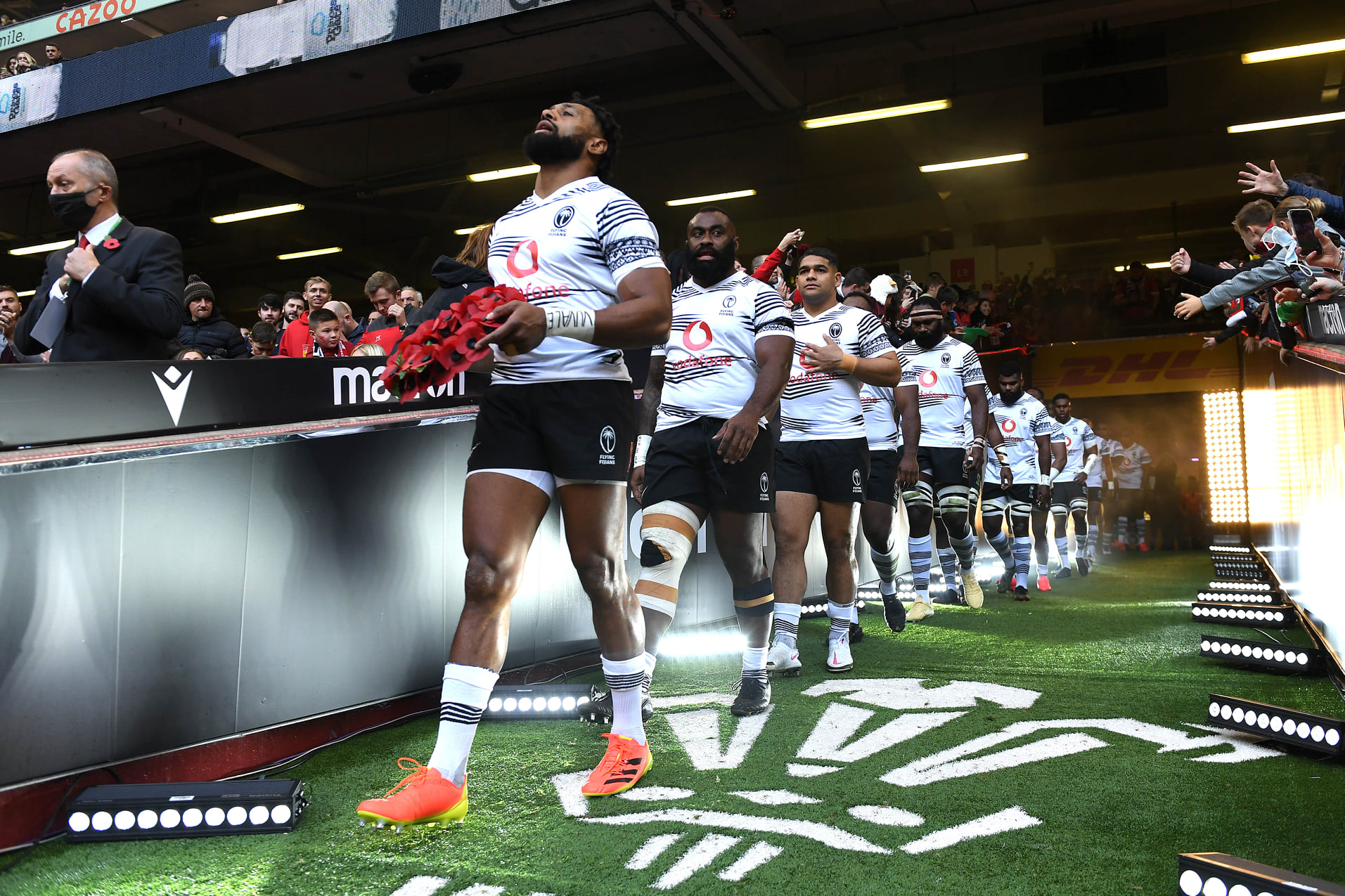 Flying Fijians captain Waisea Nayacalevu leads the team onto the field in their match against Wales. Picture: FIJI RUGBY FACEBOOK

The 31-year-old Deuba Village, Serua native, was the star for the Vodafone Flying Fijians scoring two tries in their 23-38 loss to Wales in Cardiff on Monday. Cotter said Nayacalevu had done a very good job as captain.

He said Nayalevu had people around him who helped him with the captaincy.

“I thought that there were some great performances from a number of players during the Wales game,” Cotter said.

“I thought Sam Matavesi played well and had one of his best games in that N0.2 jersey. His leadership showed as well. He has taken on the responsibility within the team and his performance was good.

“The Flying Fijians defeated Spain 43-13 in the first match of the Northern Tour earlier this month. Cotter, whose coaching staff together with the other Southern Hemisphere players couldn’t travel to Europe because of uncertainty quarantine requirements upon return, has been communicating with Northern Tour interim head coach Gareth Baber, Duncan Hodge (assistant coach), Rory Best (assistant coach) and Richie Gray (assistant coach) since the first game against Spain.

“We knew that it would be a tough first half against Spain.”