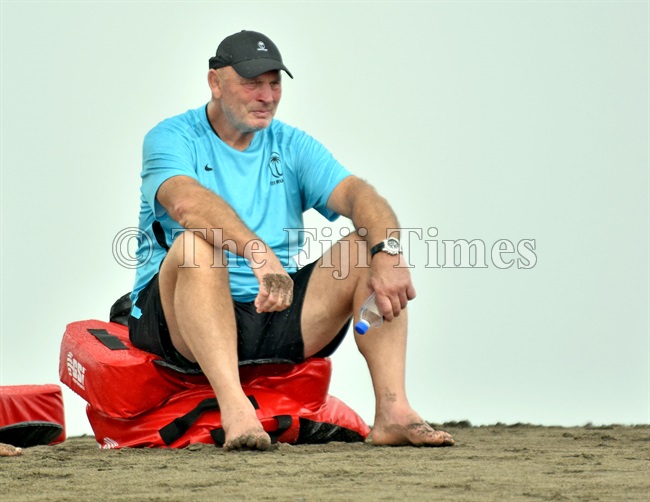 Vodafone Flying Fijians head coach Vern Cotter does not expect to include more former tier one representatives in his squad in the lead-up to the 2023 Rugby World Cup in France.

This year the World Rugby Council approved an amendment to the sport’s regulations governing national team representation that will now permit an international player to transfer once from one union to another subject to demonstrating a close and credible link to that union via birthright.

The player concerned will also have to serve a three year stand down period.

Setareki Tamanivalu, who earned five Test caps for the All Blacks is the first player to have taken up this opportunity to join the Flying Fijians.

Ikale Tahi Tonga have recruited star players in Israel Folau, Charles Piutau, Malakai Fekitoa and Augustine Pulu for the Pacific Nations Cup which kicks off in Suva next week.

Cotter has supported the World Rugby Council decision but does not see this playing a big part in Flying Fijians squad selection.

According to Cotter they now have the Fijian Drua setup with the players getting exposed at the Super Rugby level.

He said they had drafted 16 players from the Swire Shipping Fijian Drua for the PNC.

“That is the pathway to the Flying Fijian and we want to keep it that way,” Cotter said.

“So the Fiji Rugby high performance unit works hard on the islands with the under-20 and U19 players.

“If those players can work hard and perform then they can get a professional contract with the Fijian Drua.

“They know that we have eyes on them. We are looking at that generation we have now and also the generation that is growing behind them. We want to encourage them to go through that pathway.”