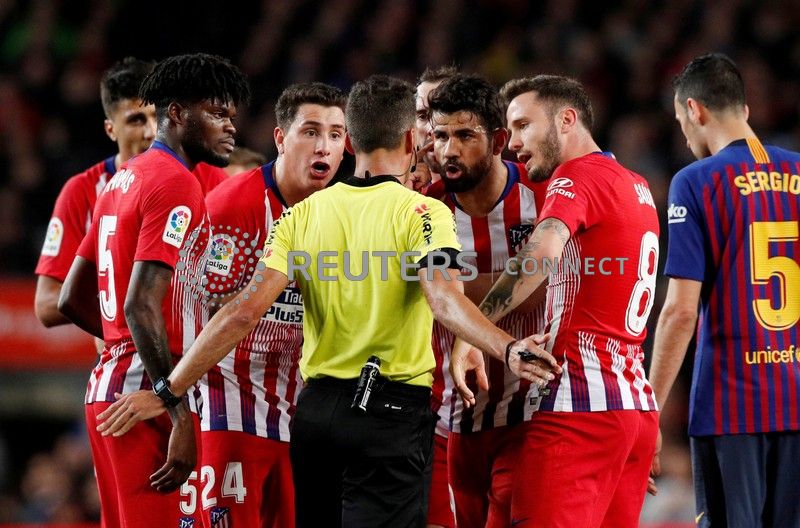 MADRID (Reuters) – Atletico Madrid striker Diego Costa has been handed an eight-match La Liga ban by the Spanish Football Federation’s Competition Committee for abusing the referee after he was shown the red card during last Sunday’s 2-0 defeat by Barcelona.

The official’s report stated the 30-year-old swore and shouted at referee Jesus Gil Manzano and also grabbed him “on numerous occasions” after he had been given his marching orders in the 28th minute.

The ban, which ends Costa’s season as there are only seven games remaining, consists of four games for being found in breach of Article 94 of the league’s code of conduct for using insulting or offensive words towards a match official, and four matches for breaching Article 96, which refers to the use of light violence towards referees.