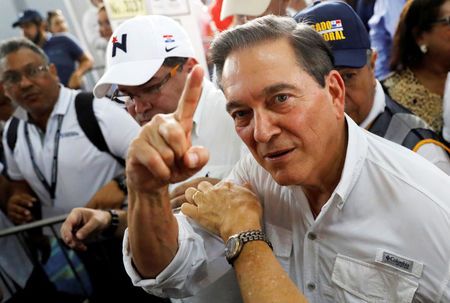 Presidential candidate Laurentino Cortizo, of the Democratic Revolutionary Party (PRD), gestures as he leaves after casting his vote at the polling station during the general election in Panama City, Panama May 5, 2019. REUTERS/Carlos Jasso

PANAMA CITY (Reuters) – Laurentino “Nito” Cortizo declared victory in Panama’s presidential election on Sunday after an unexpectedly tight race that put him less than two points ahead of Romulo Roux, who has not conceded defeat. With more than 90 percent of votes counted, Cortizo had nearly 33 percent of the tally, compared with about […]