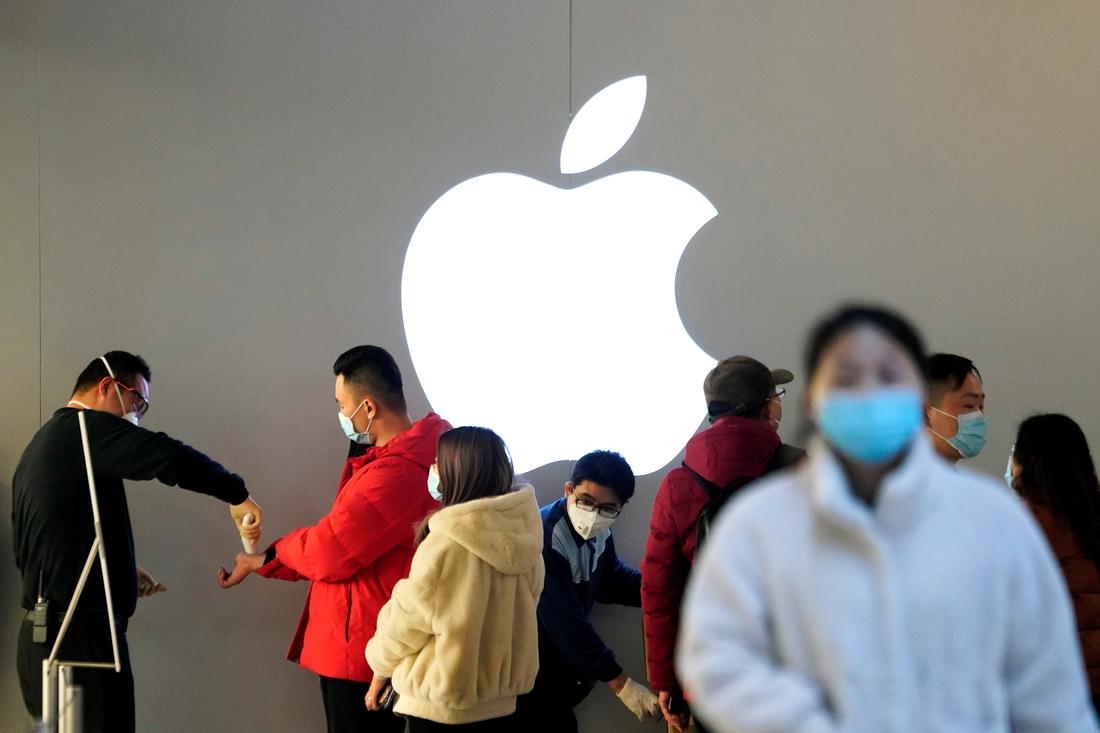 FILE PHOTO: People wearing protective masks wait for checking their temperature in an Apple Store, in Shanghai, China, as the country is hit by an outbreak of the novel coronavirus, February 21, 2020. REUTERS/Aly Song/File Photo - RC2U7F9YTS3Z

SAN FRANCISCO/TAIPEI (Reuters) – Travel restrictions to China because of the coronavirus have come just as Apple Inc’s engineers usually jet off to Asia to perfect the production of this fall’s new iPhones, former employees and supply chain experts told Reuters.

High-volume manufacturing is not scheduled until summer, but the first months of the year are when Apple irons out assembly processes with partners such as Hon Hai Precision Industry Co’s Foxconn, two former Apple employees said.

“They probably have one assembly line they’re trying things out on,” said one of the former employees who asked not to be named discussing production matters.

“Are Apple’s engineers with the Foxconn engineers? If they are, they’re probably making progress. But if they’re not, if they’re quarantined, that could be bad.”

While Apple uses other contract manufacturers such as Wistron Corp to make some iPhones, Taiwan’s Foxconn tends to handle the introduction of new models because its capabilities are the most advanced, supply chain experts said.

Foxconn, the world’s largest contract electronics maker, delayed reopening key iPhone factories in Shenzhen and Zhengzhou after the Lunar New Year holiday but hopes to resume half of its Chinese production by the end of February.

Senior Foxconn officials who have been working remotely from Taipei since the holiday have not yet returned to China on a large scale, a person with knowledge of the matter told Reuters, speaking of company officials generally.

Apple declined to comment. Foxconn Technology Group said in an emailed statement on Tuesday that the company is following all legally required health and safety practices at its factories to protect employee welfare.

“Consistent with this, we are taking a cautious approach in the implementation of our post-holiday production schedules in each of our facilities in China,” the company said.

Last week, Apple warned investors it was unlikely to meet revenue targets for the first three months of 2020 and that global iPhone supplies would be limited as manufacturing sites in China were not ramping up production as quickly as expected.

Foxconn said this month that the coronavirus outbreak would lower its revenue this year.