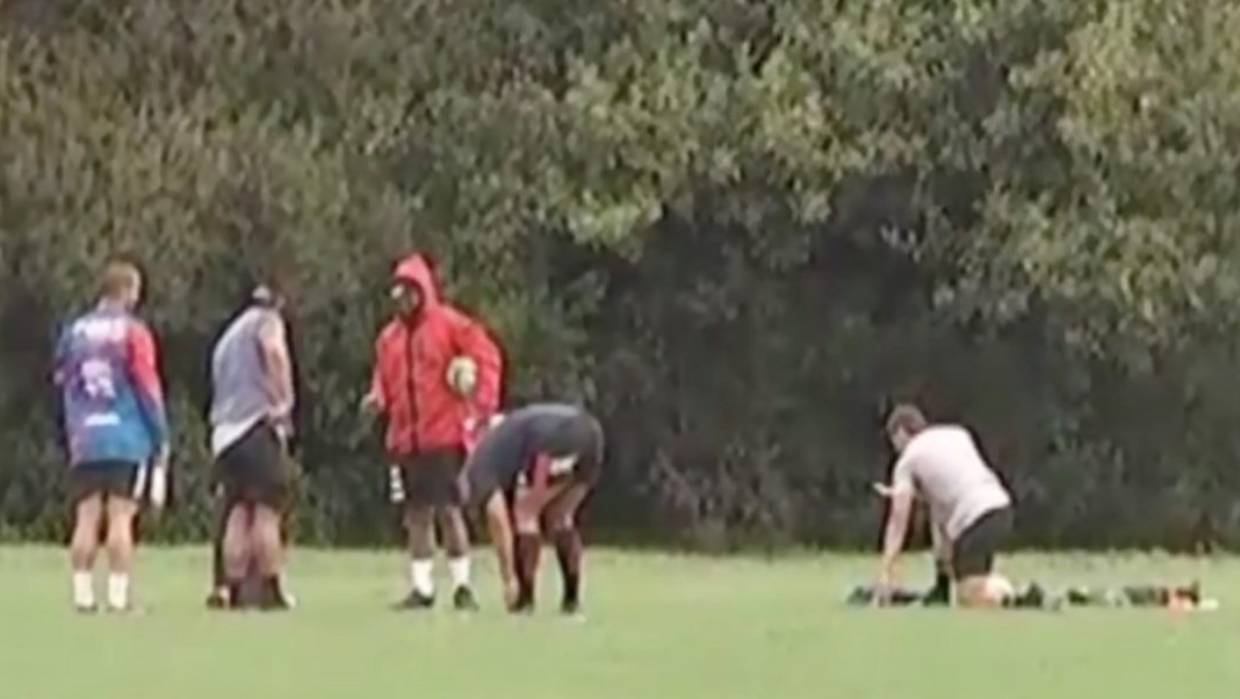 Crusaders players were filmed by Newshub training together in breach of lockdown rules. Picture: NEWSHUB.

All Black Richie Mo’unga and some of his Crusaders team-mates have been filmed flouting the coronavirus lockdown rules and setting a bad example for the rest of New Zealand.

Acting on an anonymous tip, Newshub cameras caught Mo’unga and several unidentified players exercising together on a field next to the team’s Rugby Park training ground.

At least five different players appeared to be involved and the Super Rugby franchise later said they were from three different bubbles, according to Newshub.

Stuff has contacted the Crusaders for comment but Newshub reported that chief executive Colin Mansbridge had told them the players shouldn’t have been together and had been reprimanded.

Since New Zealand shifted to alert level 4 in response to the Covid-19 pandemic on March 26, there have been heavy restrictions on what people can do for exercise.