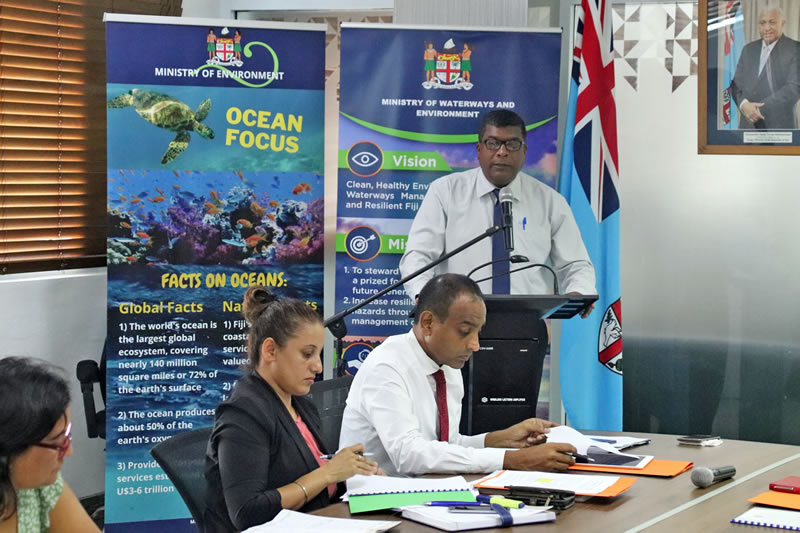 The fact that Fiji was one of two major exporters of coral in the world could have potential impacts on the coral reef ecosystem.

In addressing the first meeting of the Fiji Convention on International Trade in Endangered Species (CITES) Management Authority in Suva, Minister for Agriculture, Waterways and Environment, Dr Mahendra Reddy said the fauna and flora, especially endangered species, was being threatened and could be depleted.

“It sends some strong signals for a small island state like Fiji to be a major exporter.

So this is a good time to do a bit of soul searching as to where we are going in terms of trade when it comes to our natural resources in Fiji,” Dr Reddy said.

He said the potential impacts of coral and live rock trade on the coral reef ecosystem, imported to adorn marine aquariums, causes significant risk to species that concurrently face threats from rising global temperatures, pollution and destructive practices as well.

“We must be swift to act, whilst facilitating business decisions while showing the same diligence in stopping illegal activities.”

Permanent secretary for Ministry of Waterways and Environment, Joshua Wycliffe said the illegal trade in wildlife including coral and other vulnerable species was among the most profitable criminal enterprise in the world with an estimated $US20 billion ($F40 billion) per year.

“The illegal trade in wildlife involved millions of plants and animal species and is ranked alongside the illegal trades in arms, drugs and humans,” he said.

The meeting was attended by representatives of the Ministry of Environment, Ministry of Fisheries and Forests, Itaukei Affairs Board and non-governmental organisation environmental groups.