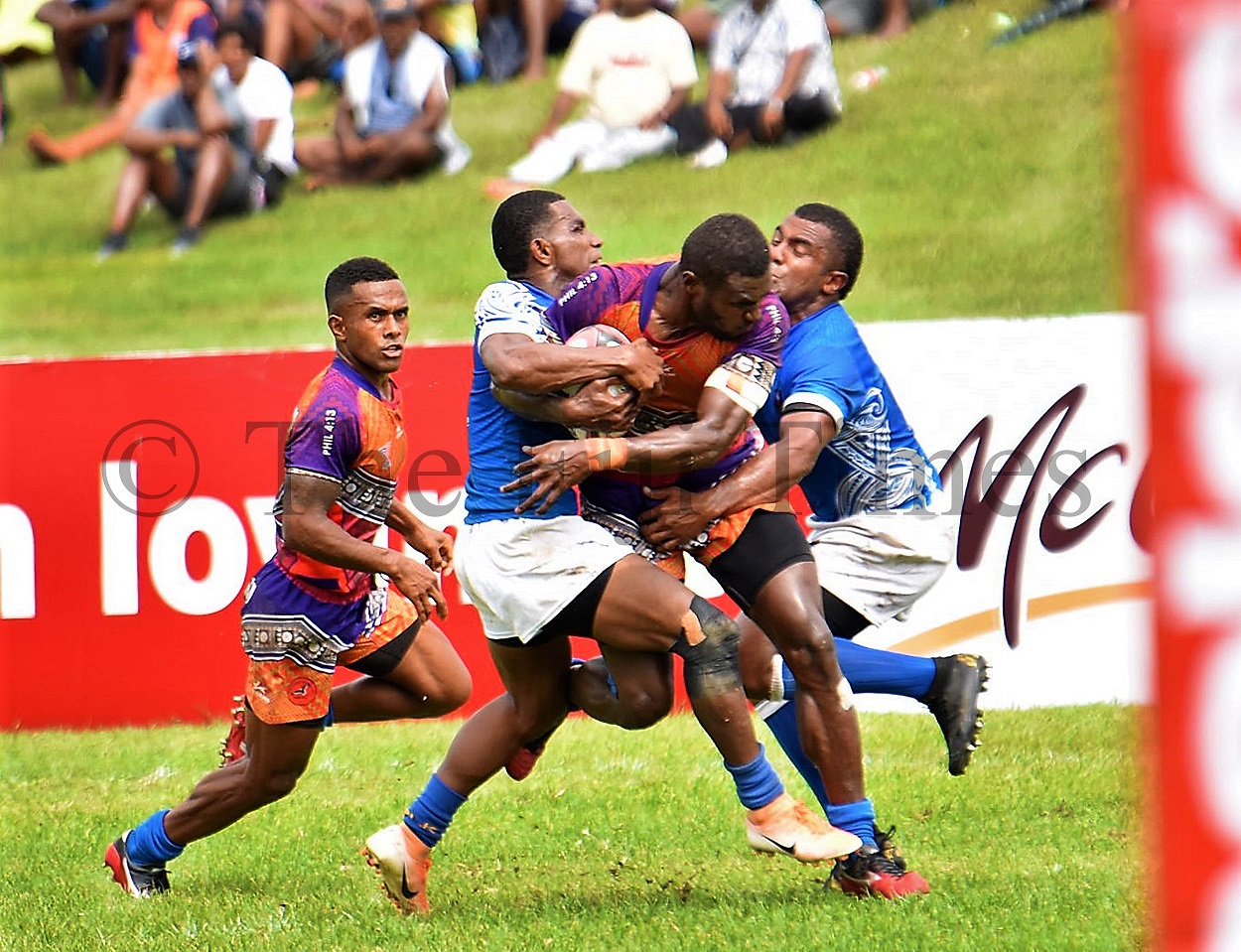 Action from the match between Tabadamu and Police at the 2020 McDonald's Coral Coast 7s tournament. Picture: JONA KONATACI

The four-day tournament at Lawaqa Park in Sigatoka, ended on Saturday.

Police team from Suva retained the title after overcoming a spirited Namatakula Village team called Ratu Filise 17-14 in the men’s cup final.
McElrath said it was a match between

David and Goliath because of the comparison in the financial and technical support behind the two teams.

“It’s great to see a village team such as Ratu Filise which does not have the resources that some other big teams have in urban areas, come into this tournament and showcase their talents,” McElrath said.

“Coach Baber was sitting in the tent . “I think he may have picked up some names from these teams and Ratu Filise nearly made it, but the Police team was a bit better.”

Meanwhile, tournament director Jay Whyte was impressed with the fi nal and how 7s rugby has evolved through the years in Fiji.

“The four days is just a great example of how great the quality of rugby in Fiji is,” Whyte said.

“To see a Police team go up against a village team and the difference was the lineout, shows the talents we have.

“Our goal has always been about unearthing raw talents and I thank the
sponsors, organisers, officials, securities, The Fiji Times and the spectators for a brilliant four days of rugby sevens at its best.”