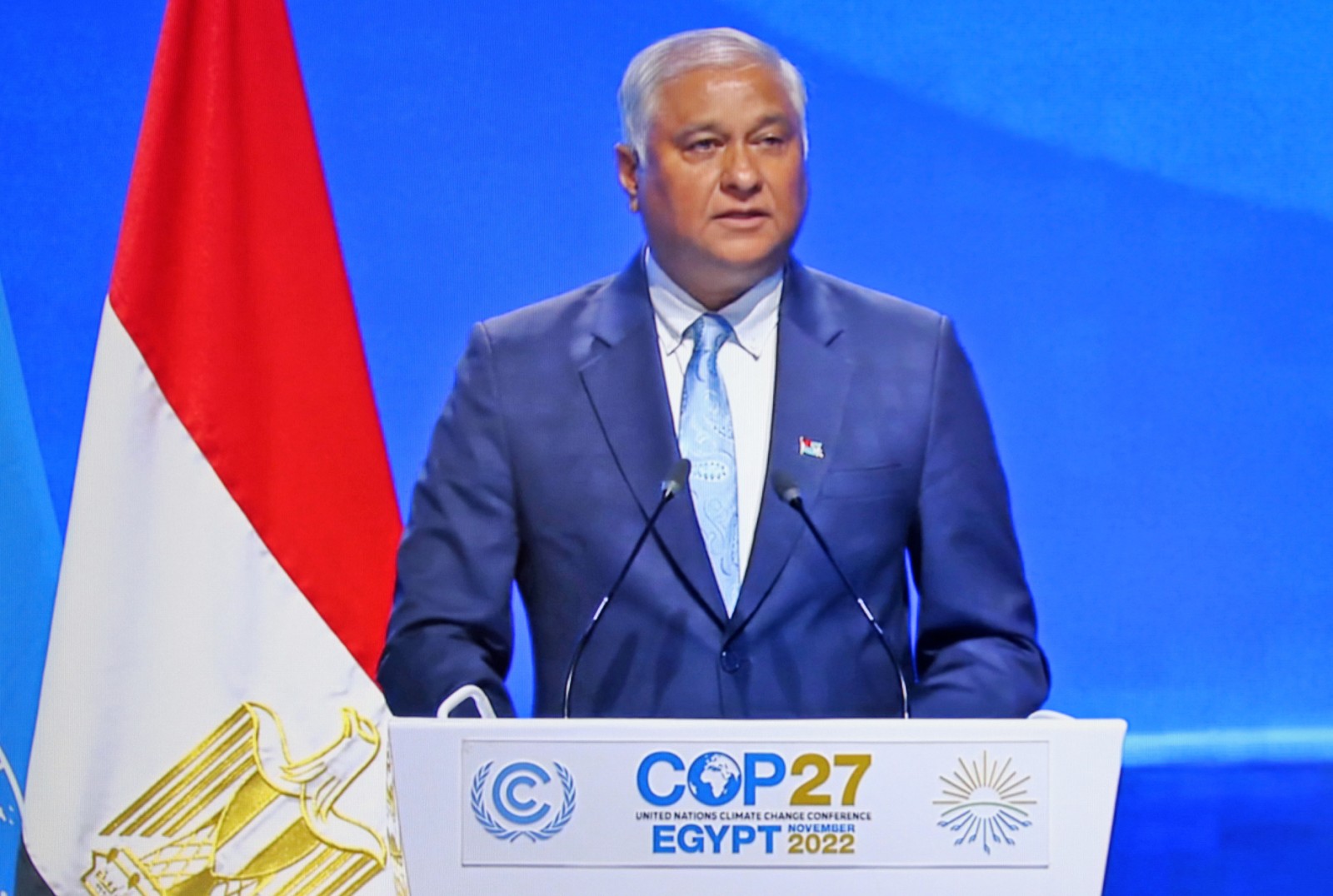 The island nation of Fiji has joined its Pacific island neighbours in its unwavering stand to advocate for the 1.5-degree threshold, which it says “hangs in the balance”.

In his opening statement at the Resumed High-Level segment United Nations Climate Change Conference in Sharm El Sheikh, Egypt, Fiji’s permanent secretary to the United Nations Satyendra Prasad said as that hung in the balance, so did the future of small island states.

He said in Glasgow, parties had agreed to significantly scale up their commitments to reduce emissions by 2030.

“While we welcome the new commitments that have been announced, too many large emitters are still, stubbornly, working against the imperatives set in Glasgow,” Mr Prasad said.

“These commitments need to be locked as well in domestic regulations as we have done in our Climate Change Act in Fiji. And we urge all countries to do as well,” he said.